​ANALYSIS: Izumo and Kaga, aircraft carriers in all but name

Some military secrets are better kept than others. The emergence of Tokyo’s real plan for its pair of Izumo-class helicopter destroyers was always, to naval observers, more a matter when than if. With their 248m (814ft) length, expansive flight decks and large hangars, the JS Izumo and her sister JS Kaga are the largest ships in the Japan Maritime Self-Defence Force (JMSDF) – and aircraft carriers in all but name.

The facade finally fell away in late 2018, when Tokyo confirmed that the two ships – whose official complement was a mere nine helicopters – would be modified to operate the Lockheed Martin F-35B, the short take-off and vertical landing (STOVL) variant of the F-35 family. The US Marine Corps already operates the F-35B from amphibious assault ships, and the UK will operate them from its pair of new flat tops, the Royal Navy's (RN's) HMS Queen Elizabeth and Prince of Wales. Tokyo plans to obtain around 40 F-35Bs, topping off an eventual fleet of over 105 F-35As that will be operated by the Japan Air Self-Defence Force (JASDF). 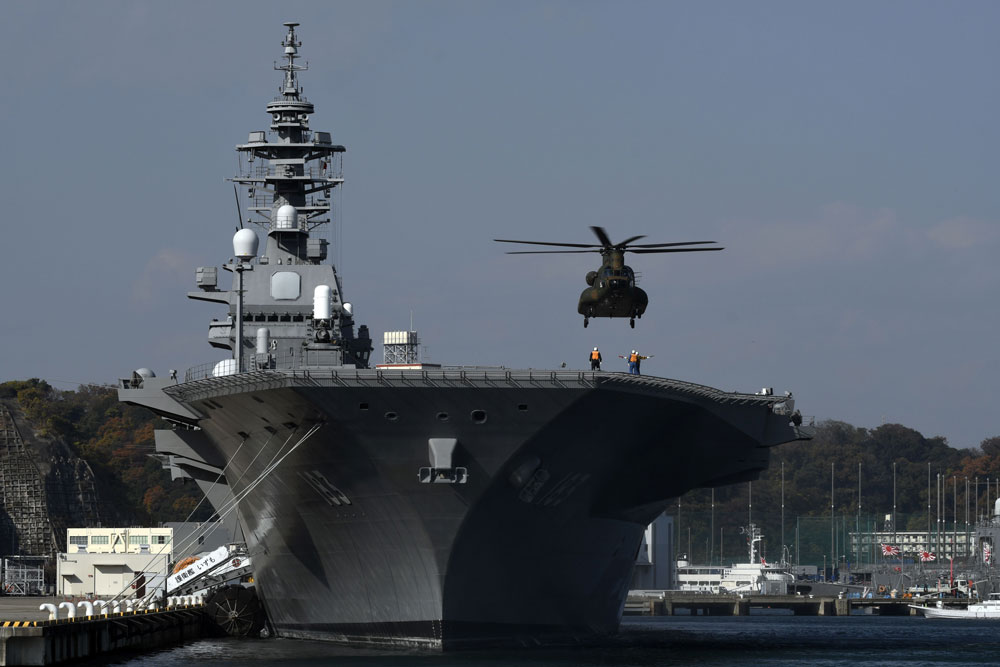 “It has been one of the worst-kept secrets that these ships have the potential to operate as light aircraft carriers with STOVL aircraft,” says Nick Childs, senior fellow naval forces and maritime security at the International Institute for Strategic Studies. “Given developments in naval capabilities around the region, this move was perhaps inevitable. It was just a case of when and precisely how.”

Fully loaded, the Izumo-class ships displace 27,000t, which compares with 22,000t for the RN’s former Invincible class. The ships will reportedly carry about 10 F-35Bs in addition to helicopters and, possibly, the Bell Boeing V-22 Osprey, which Japan is also obtaining. The deck has two large elevators leading to its spacious hangar deck. That said, Tokyo’s pacifist constitution precludes the acquisition of aircraft carriers, resulting in the linguistic gymnastics required for the “helicopter destroyer” designation.

“Power projection within this maritime and archipelagic space is essential for the JMSDF/JASDF. They can certainly rely on land-based airpower, but organic naval air combat capability has a timeliness and operational flexibility in and around the Senkakus in the East China Sea, or maybe even the Ryukyus, that land-based air would lack.”

The crystallisation of Tokyo’s carrier plans comes amid increasing concern about the growing military might of China, which is developing a powerful blue water navy. Beijing already has a single operational aircraft carrier, the 60,000t Liaoning, which operates the Chengdu J-15, a Chinese copy of the Sukhoi Su-33. Beijing, leveraging its vast civilian ship building capability, is also deploying new destroyers, cruisers, and submarines, in addition to its growing arsenal of land based missiles and aircraft.

In addition to core F-35 attributes such as stealth and sensors, Japan’s aircraft will have powerful anti-shipping capability in the form of the Kongsberg Joint Strike Missile (JSM) – although the weapon is too large for the STOVL F-35B to carry internally. Despite the promise of fixed-wing carrier operations, taking complicated fifth-generation fighters to sea is no easy matter. 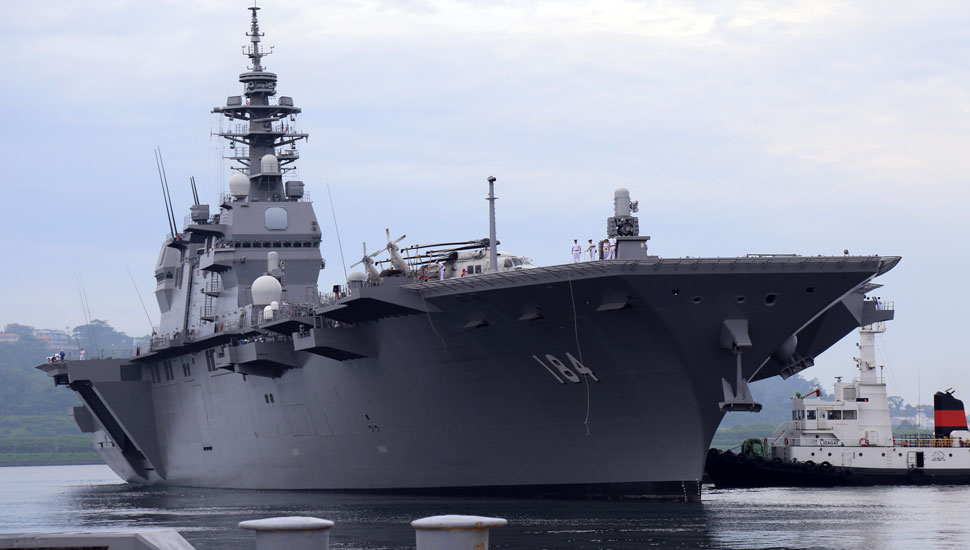 “There may be issues of having to provide extra workshop facilities, redesigning weapons magazines, and in particular providing all the necessary support for the F-35B’s considerable surveillance and reconnaissance capabilities,” says Childs. “Also adding further heat resistance to the flight deck. The Japanese may also have to decide whether or not they want to equip the Izumo class with a ski-jump ramp like the British, but unlike the Americans.”

In a sense, the JMSDF’s addition of fixed-wing airpower brings history full circle, because the former Imperial Japanese Navy was a pioneer in naval airpower. It used aircraft carriers to devastating effect in the Second World War, including the attack on Pearl Harbor on 7 December 1941.

While Tokyo appears to have no plans for a major blue water fleet along historical lines, Davis thinks Tokyo may one day consider a larger carrier capability, including a conventional ship with catapults capable of handing the F-35C.