One might think that given the decades so far required to bring its AW609 to market that Leonardo Helicopters would shy away from developing another tiltrotor aircraft.

But despite still not having gained certification for the AW609 – that milestone is due in 2019, more than 20 years since the programme began – the Italian airframer is already working on its successor, called the Next-Gen Civil Tiltrotor (NGCTR). 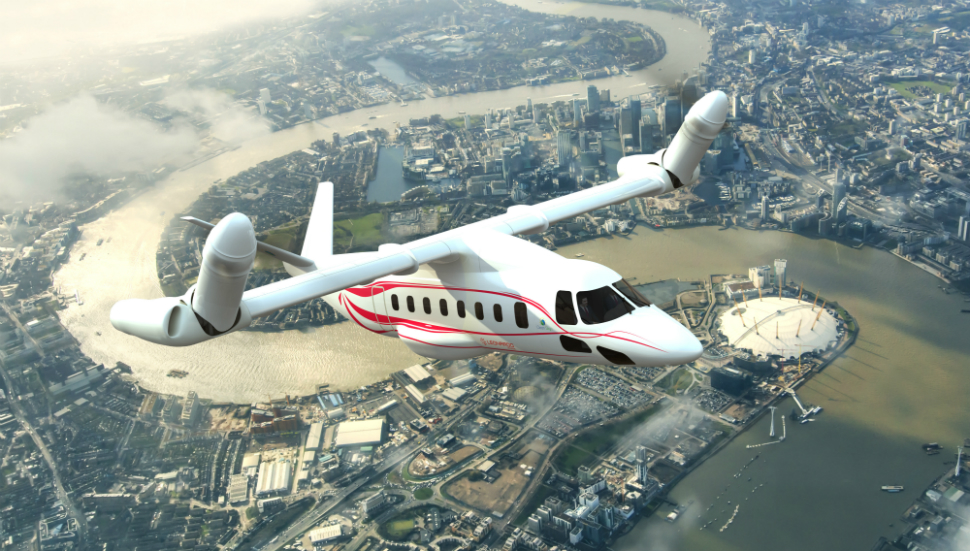 Leonardo hopes to develop a family of aircraft that would make their commercial debut in the 2030-2035 timeframe. But first, the company will build and fly a technology demonstrator aircraft under the EU's Clean Sky 2 effort in its Fast Rotorcraft work stream.

Leveraging funding from both the EU and Leonardo's own research and development investment, the project works on two levels. Firstly, there are a set of performance criteria that the NGCTR must meet: measured against a conventional AW139 helicopter, it should produce 50% less carbon dioxide, 14% less nitrogen oxides and noise should be cut by 30%.

In addition, the funding should spur industrial and productivity advances and will allow Leonardo and its partners to evaluate and mature – to technology readiness level 6 – a number of technologies crucial to any future programme.

These include composite wings, tilting proprotors with fixed nacelles, a V-tail and a distributed flight control system.

However, two key elements are not new on the aircraft: the fuselage and the engines.

In the latter case, 2,000shp (1,490kW) GE Aviation CT7 powerplants have been selected for the application, in part, says programme manager Andrea Artioli, for their "scalability". 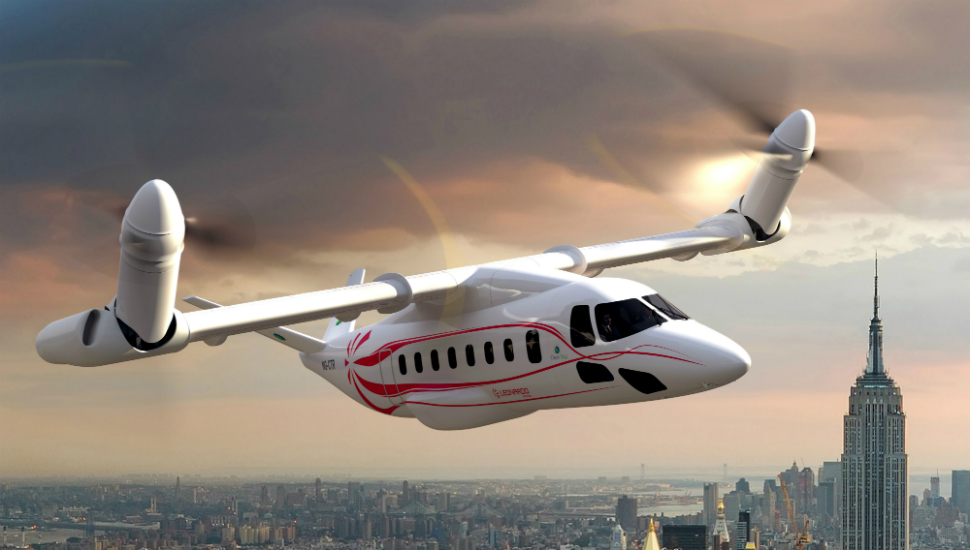 For the fuselage, Leonardo will use a standard AW609 structure, seeing little benefit in developing an all-new part when the size of an eventual production aircraft may vary.

"There is no interest [in the fuselage] as an innovation item," says Artioli.

Given the scalability of the design, Leonardo could opt for an interior layout in the 18-25 passenger range, he says. "The idea is that it is scalable to a number of passengers which is quite large."

Comparatively, the AW609 can accommodate a maximum of nine people, plus two crew.

Leonardo began the preliminary design review for the NGCTR in December 2018 and expects the process to close in the first half of this year. A critical design review is due in 2020, followed by final assembly in 2022 and first flight in 2023.

Leonardo envisages that the flight-test phase for the technology demonstrator will last for "a couple of years" as it "opens the envelope in helicopter and aircraft modes".

"We want to explore and validate all our innovations," says Artioli.

The nature of the EU-backed programme, which aims to spread work – and therefore innovation – across the bloc, is such that a number of partners have been recruited for the NGCTR effort.

These include Fokker, which heads the Lift consortium that will design and develop the type's thermoplastic V-tail. GKN, which owns Fokker, already has some experience in this field, having built a similar structure for the Bell V-280 military tiltrotor demonstrator.

Windtunnel testing of the design will take place this year, says Artioli. The V-tail configuration has been preferred, he says, for aerodynamic efficiency and scalability. Comparatively, the AW609 uses a more traditional T-tail shape.

A separate group of companies is developing the aircraft's wing and control surfaces under the T-Wing umbrella, led by Italian aerospace research institute CIRA.

Meanwhile, Milan's technical university is heading a project to investigate the use of components produced by additive layer manufacturing (ALM) in the NGCTR.

Leonardo will be responsible for the transmission, including the tilting proprotors, and the flight-control system.

This crucial element of the design will use a distributed solution, which sees flight-control computers located near control surface actuators, rather than via a central system.

In addition, the full fly-by-wire aircraft will feature a joystick-type control interface, replacing the traditional conventional cyclic and collective levers. This will be fitted with "active inceptors" to provide tactile feedback to pilots.

"That is the kind of improvement pilots are chasing for," says Artioli.

Leonardo has, like other rotorcraft manufacturers, significant in-house expertise in the development of transmission components. However, for the NGCTR effort, it will collaborate with Milan technical university to incorporate ALM-built parts.

Although the technology demonstrator will not receive certification, it still has to be declared safe to fly by European regulators, notes Artioli.

Leonardo has yet to launch any future tiltrotor programme, but Artioli is adamant that the company remains committed to the architecture.

"In five or 10 years' time, we want to be there with the next-generation tiltrotor following the AW609."

But given that Bell, its tiltrotor rival – and former partner on the AW609 – could already be building its first production V-280 by that point, a response is vital if Europe is not to fall behind the USA in the sector.