ANALYSIS: Let's hear it for Delta, 10-years after Northwest

Delta Air Lines is a success. Customers like to fly them, Wall Street is happy to invest and staff, the cogs that keep the carrier running, are genuinely proud of their employer.

That excitement, something that is rare in an industry marked by and large by long-smouldering conflicts between management and employees, is evident at airports, onboard flights and at the multiple milestone events in recent years from the arrival of its first Airbus A220 on Friday to its employee-focused Boeing 747 farewell tour last December.

That success is largely the result of Delta's undeniably successful merger with Northwest Airlines that closed on this day a decade ago, 29 October 2008. 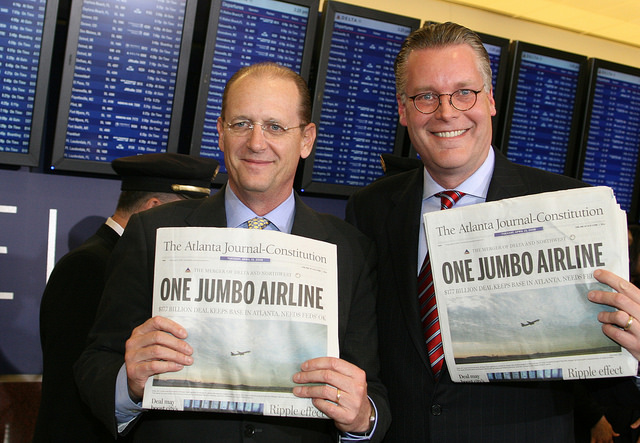 "When you think back 10 years from where we stand today, it's almost unimaginable to see an airline, not just with the strength financially, but the strength from a customer standpoint in terms of preference, reliability, product offerings, the growth we've had internationally being able to bring new platforms like the A220 to market – it's been phenomenal," Ed Bastian, chairman and chief executive of the Atlanta-based carrier, told FlightGlobal on the sidelines of the A220 delivery at Montreal Mirabel airport.

In 2017, Delta generated $18.6 billion more in revenue and had $8.8 billion less in long-term debt than it and Northwest combined had at the end of 2008. The airline flew 4.9% more capacity and carried 9.3% more traffic over the same period, US Department of Transportation data shows.

The merger, which was not without its hiccups, brought two carriers with different strengths – Delta with customers and labour, and Northwest with analytics and an efficient capital expenditure strategy – together with no looking back.

"The beauty of the merger was that it retained the strengths of each airline, while discarding their weaknesses," says Jamie Baker, an analyst at JP Morgan, reflecting on the deal.

Delta's post-merger management team, led by Richard Anderson until 2016 and Bastian since, had its work cut out for it. From fleet to the network, there was significant room for rationalisation.

"The real value was achieved by improving the business post-merger," says Duane Pfennigwerth, an analyst at Evercore, on the combination. Two important metrics towards accomplishing that were operational reliability, achieved through investment in the fleet, and network improvements.

The Delta-Northwest mainline fleet was a disparate one in 2008, including 758 aircraft with 16 different types, ranging from the Airbus A320 family to 747s and McDonnell Douglas DC-9s, and an average age of 15 years, Flight Fleets Analyzer shows. But even as some models were not immediately up to operational snuff, the airline made it work – improving reliability and proving that a complex fleet could be a financial boon.

The fleet upgauge programme that Delta launched in 2012 with its small mainline narrowbody-for-large regional jets pilots deal has been a resounding success, with competitors American Airlines and United Airlines following suit.

Delta has built on this, expanding its mainline fleet to 885 mainline aircraft, consisting of 18 types, including the latest generation A220 and A350, with an average age of 16.3 years, Fleets Analyzer shows. 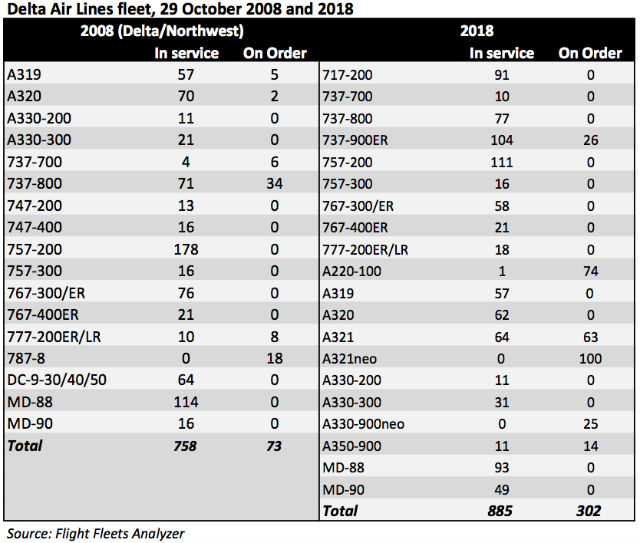 The carrier has shifted capacity from the US Midwest and South, where competing pre-merger hubs in Cincinnati and Memphis were closed, to fill Delta's West Coast gap. A slot-swap with US Airways in 2011 catapulted it to number one in New York. 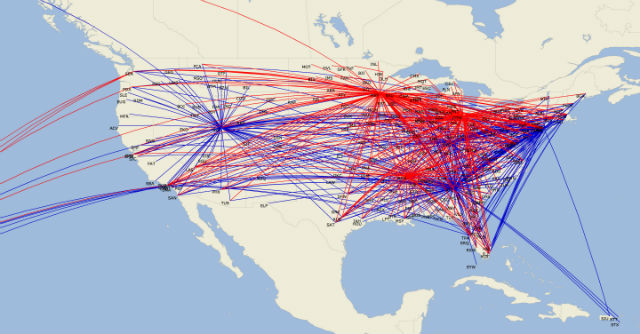 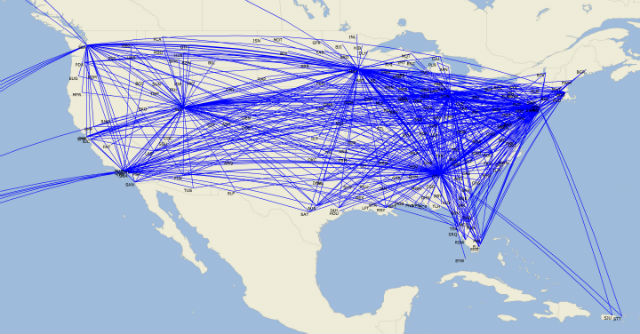 The combined carrier was able to rationalise its international network, building Pacific hubs in Seattle and, more recently, Seoul Incheon to replace Tokyo Narita, and extending its equity partnership model to forge close ties with carriers around the world, including Aeromexico, Korean Air and Virgin Atlantic Airways. 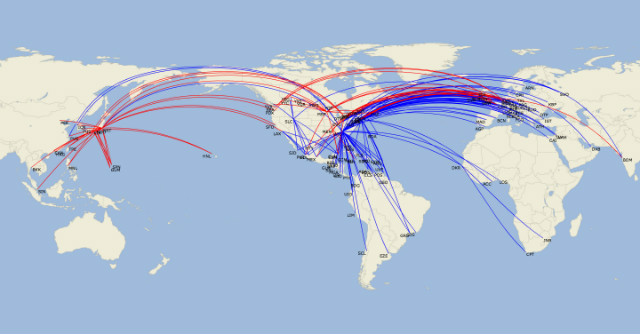 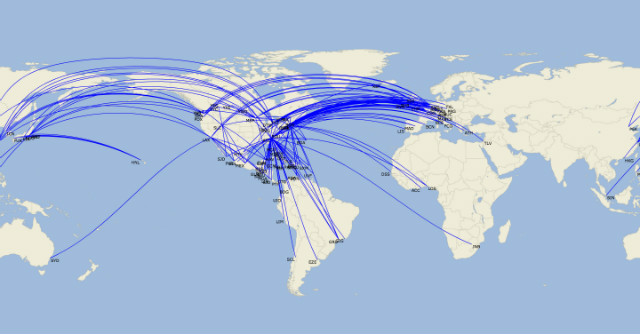 "PEOPLE GO OUT OF THEIR WAY TO FLY DELTA."

This work, coupled with investments in the product and the aforementioned improved reliability, has attracted customers. From the family headed to Florida to multi-million dollar corporate accounts, passengers appreciate – and seek out – this combination Delta offers.

"People go out of their way to fly Delta," says Helane Becker, an analyst at Cowen. "That’s a big part of their success."

The balance improvements have been awarded with investment grade ratings from Fitch, Moody's and S&P Global since 2016, allowing Delta to rejoin this hollowed group of airlines whose few members include Lufthansa and Southwest Airlines.

Not everything has been picture perfect. Henry Harteveldt, president and travel industry analyst at the Atmosphere Research Group, points to the decision to keep the Deltamatic reservations system over Northwest's more-robust PARS system as one that could have been handled differently.

"IT problems appear to occur at an all-too-frequent rate, affecting the airline’s operation and inconveniencing customers," he says. Delta has experienced technology outages that impacted flights multiple times in the past few years, including one that cancelled roughly 2,300 flights in August 2017.

Ironically, speaking to FlightGlobal in 2010, Anderson highlighted technology as the merger's "biggest challenge", emphasising how they did not experience any meltdowns during their reservations' system integration that February.

But Harteveldt, like the others, praises the Delta-Northwest merger, calling it the "arguably, the best planned, best executed airline merger of the early 21st century".

Delta pulled off the merger so well that, outside of airline circles, the combination has largely dropped out of the public consciousness. This is a contrast to the United Airlines merger with Continental Airlines in 2010, or American Airlines with US Airways in 2013 – both of which continue to hit notable milestones, for example combining flight attendant groups this 1 October.

Delta, long operating as a single, cohesive entity, has no plans to stop. It continues to invest in new aircraft and inflight amenities, for example keeping personal screens on narrowbodies as competitors eschew them for streaming entertainment, and build its international partnerships with a new joint venture with Canada's WestJet and an updated pact with Air France, KLM and Virgin Atlantic pending.

"No question, I think our next 10 years are going to be even better than the last," says Bastian unhesitatingly.