“A riddle, wrapped in a mystery, inside an enigma,” is how Winston Churchill famously described Russia in 1939. The adage applies well, perhaps better, to Beijing’s secretive efforts to develop military engines for its future fleet of advanced fighters. While there can be no dispute that engines of all types are a major priority for Beijing, concrete news on progress is painfully hard to come by.

Engine capability and reliability are – and always have been – perhaps the single most important technical element in the success or failure of a combat aircraft. Advanced radars, missiles, an ability to network with other platforms, and low-observable technology count for little if a pilot cannot, owing to a lack of a capable engine, bring these capabilities to bear in combat. More broadly, shorter times between an engine’s major overhauls have a profound impact on the flight hours available for pilots to hone skills. 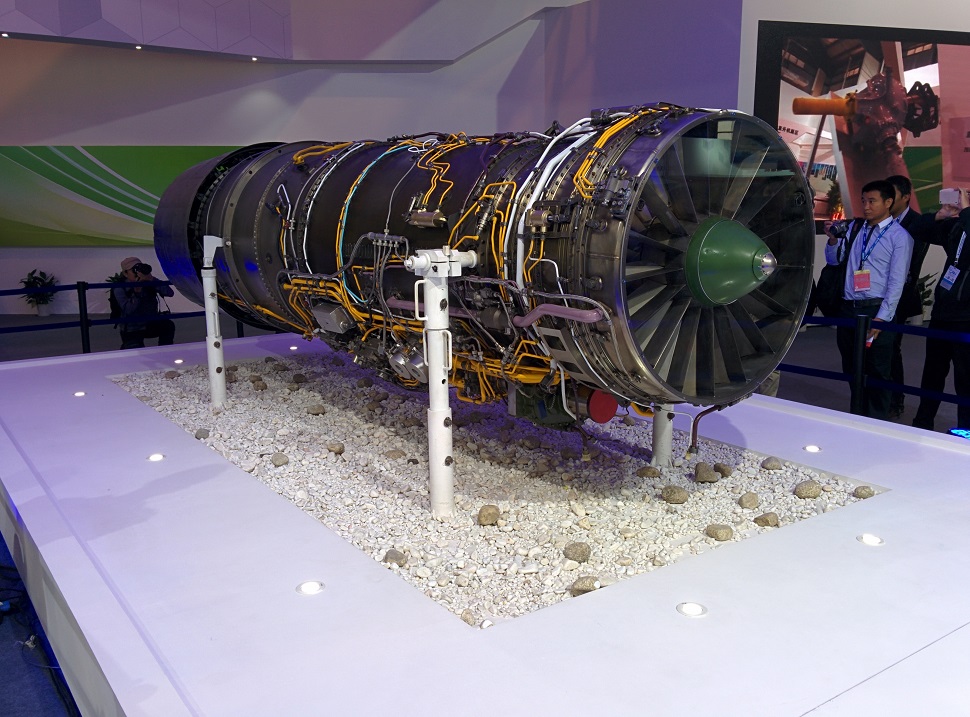 It has become somewhat of a cliché in defence circles that China struggles with engines. In chat rooms about the topic – where concrete evidence can be thin at best – commentators who propagate this contention are regularly set upon by those who argue, also without evidence, that China is making tremendous strides. In its annual report about Chinese military developments in May 2019, the US Department of Defence stated that China continues to struggle in two areas – radars and engines. It gave no indication about how it arrived at this view.

The need for better fighter engines, however, is abundantly clear. In recent years much has been made of the Chengdu J-20, touted as China’s first “fifth generation” fighter. Four examples appeared in the flying display at Airshow China in November 2018, greeted with rapture by air show crowds. The type is often compared to the Lockheed Martin F-22 or F-35, both of which have been mass produced and which feature mature engines.

What is consistently downplayed is that most of the small number of J-20s produced are probably powered by a Russian power plant, an upgraded version of the Saturn AL-31 that powers the Sukhoi Su-35. The status of the type’s ultimate engine, the developmental Xian Aero Engine WS-15 Emei, is far from clear. Estimates suggest that the WS-15’s maximum thrust will be 18.4t (180kN), potentially giving the J-20 genuine “fifth generation” performance, including supercruise – the ability to travel at supersonic speeds without engaging the afterburner. The lack of positive news – or any news whatsoever – could be interpreted as an admission by Beijing that it is still struggling with this engine. Complicating things is that occasionally Chinese aircraft experts take to state media to claim things are going well.

As the future powerplant of Beijing’s flagship fighter, the WS-15 is the centrepiece of a family of engines, developed by a universe of companies grouped under the Aero Engine Corporation of China (AECC). The family includes the Shenyang WS-10 Taihang that powers Beijing’s fleet of J-11Bs (early versions of the J-11, a local copy of the Su-27, are powered by a version of the AL-31). The WS-10 will also eventually power the J-15 naval fighter, some examples of the J-20 and future J-10Cs. In addition, there is the WS-13 that will, hopefully, one day power locally produced UCAVs such as the AVIC Dark Sword, and the WS-19 that could one day power the FC-31. The WS-13 is also seen as potential interim powerplant for the developmental AVIC FC-31 Gyrfalcon, now powered by a pair of Klimov RD-93s.

Andreas Rupprecht is the author of Modern Chinese Warplanes, an authoritative guide to mainland air power, and a keen observer of Chinese military engine developments. He notes that stricter Internet security rules in China mean that far less news about Chinese engines leaks out. This leaves observers with a narrow, sanitised window provided by state media.

Rupprecht believes that while Beijing is definitely behind the West in engine technology, the industry has made great strides in recent years owing to large investment flows. He points to the relative success of the WS-10 Taihang family, which powers the majority of the Chinese Sukhoi Su-27-derived fleet, namely the J-11B and J-16. From a testing perspective, the engine has also been found on several J-10Bs and J-20As. He views the powerplant as emblematic of China’s aerospace sector.

“AVIC has invested a lot and initiated tremendous effort to improve quality control throughout the engine’s production chain since 2011,” he says. “To claim the WS-10 engine today is still unreliable is, in my view, unjustified, maybe even ridiculous. The number of operational Taihangs alone says a lot and one must consider that for years no Chinese-built [Su-27 derivative], with the exception of the J-15s, uses a Russian engine anymore.”

Some sense of Beijing’s confidence in the programme came at Zhuhai in 2018, where a surprise flying display was put on by a WS-10-powered J-10B equipped with thrust vectoring control (TVC) engine. TVC added a whole new dimension to the aircraft’s manoeuvrability. The short display was reminiscent of flying displays performed by other fighters with TVC, such as the Su-35 and F-22. Trailing pink smoke, the J-10B TVC’s routine included tight vertical loops, a slow high angle of attack roll, a cobra manoeuvre and the falling leaf. It was an iconic moment in the history of indigenous Chinese fighter engines.

Rupprecht’s view on the secrecy shrouding Chinese engine development in recent years is shared by Douglas Royce, analyst of aircraft and aviation gas turbines at Forecast International. “The Chinese government isn't transparent, and as far as I can tell, the regional media outlets don't know much more than anyone else,” he says.

He adds, however, that it is of paramount importance for Beijing to master not just engine technology, but the means of production. 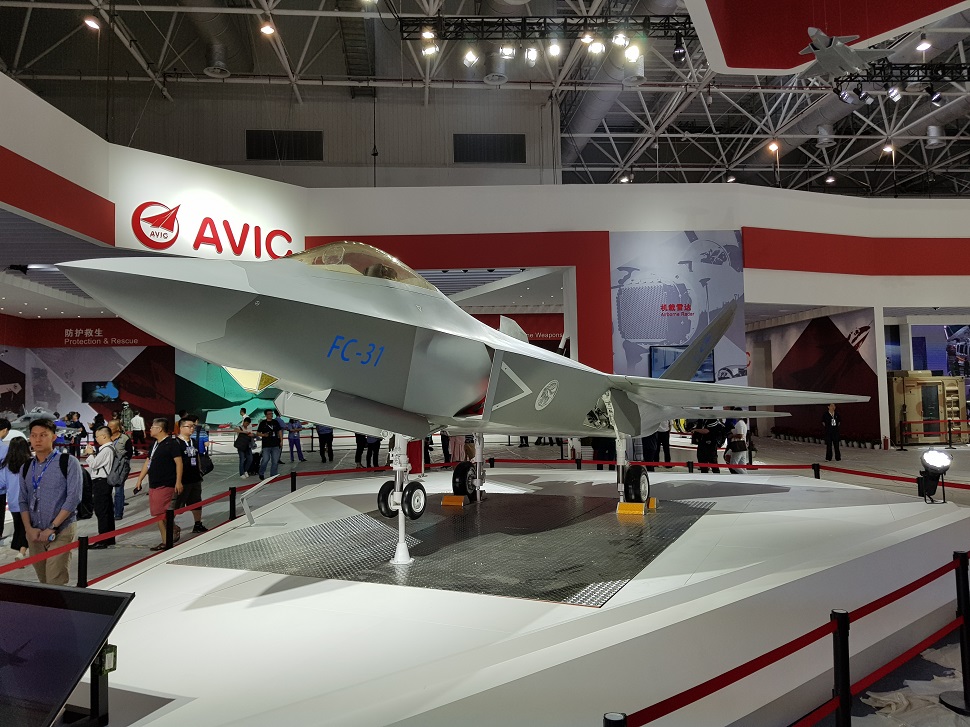 “As long as they have to depend on Russian or stolen American/European technology to power fighter aircraft, their ability to build and maintain their fighters in operational status is under threat,” he says. “So if they are to become the military equals of outside forces, they have to be able to create engines. And engines are the real limiting factor in indigenous fighter development. There are only a few companies worldwide who have the ability to design and build an all-new, state-of-the-art engine.”

Beijing is pouring great resources into its own development work, but is not above stealing technology. It is understood that the core of the WS-10 is based on CFM International CFM56 technology that China obtained in the 1980s. In October 2018, an alleged Chinese intelligence officer was extradited to the USA to face criminal charges related to a scheme to steal trade secrets from leading US aviation companies, including GE Aviation. Court documents suggested the alleged theft targeted technology related to engine fan blades and "containment structures".

The requirement for Beijing to steal technology was highlighted as early as 2011 in a report from the Washington DC-based Institute for National Strategic Studies entitled Buy, Build, or Steal: China's Quest for Advanced Military Aviation Technologies. The report concluded that China would find it increasingly difficult to develop highly advanced aerospace technologies, and its traditional partner Russia is ever more wary of sharing technology owing to fear of intellectual property theft. This will force China to rely increasingly on espionage to obtain advanced capabilities.

Observers will also be watching Chinese firm Skyrizon’s effort to buy a majority stake in Ukrainian engine manufacturer Motor Sich, which produces turbofans and turboshafts. The potential deal is reportedly under review by the Ukrainian government, and is opposed by Washington DC. In May, the Washington Post reported that the company, which formerly relied on Russian aerospace work, sees few opportunities for its future outside of China.

Rupprecht adds that Beijing’s ultimate goal is to be completely “self-reliant in every aspect” of engine development and manufacturing.

“A good number of J-10s and J-11As, as well as their Xian Y-20s and H-6Ks, depend on Russian engines,” he says. “This is unacceptable for the longer term, especially if the political climate with Moscow were to change. Therefore they are placing great effort to develop new engines in different classes and establish a broad industrial base.”

In June 2018, IHI delivered the experimental XF9-1 engine, which can produce 33,000lb-thrust (147kN) with afterburner, for laboratory research work. If Tokyo decides to advance its Future Fighter programme to replace the Mitsubishi F-2, the new twin-engined stealth fighter could be powered by descendants of the XF9-1. 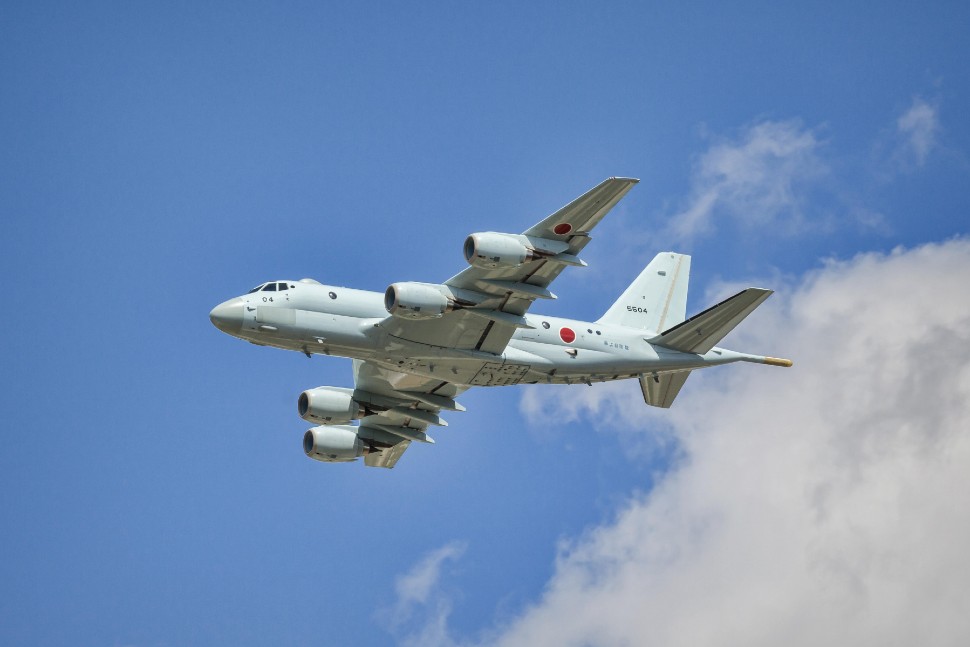 The Kaveri programme suffered numerous cost and technical issues, and was never installed on a Tejas, which instead uses the GE Aviation F404.

The Kaveri programme was abandoned for a period, but received a second chance in 2016 as the possible powerplant for New Delhi's planned Advanced Medium Combat Aircraft. Under offset agreements related to India's acquisition of 36 Dassault Rafale fighters, France's Snecma is helping to revive the programme.

Still, great uncertainty remains over Indian jet engine technology. A recent media report quoted T Mohan Rao, a former head of GTRE, as saying the nation's efforts in propulsion will fall behind, owing to bureaucratic indifference and a lack of funding. Moreover, the Indian Air Force is understood to be highly dubious about the Kaveri.