ANALYSIS: US airlines seek balance between comfort and revenue

Ahead of AIX 2019, we use data from Cirium's Fleets Analyzer to explore how four airlines are adapting cabin configurations to sell more seats on key routes, especially into slot-constrained airports

Now more than ever, airlines are finding the balance between maximising revenue from the aircraft cabin and retaining acceptable comfort levels for passengers. For many European airlines, flying narrowbodies with economy seat pitches at 29-30in has been the norm for a long time. Now it is the turn of the US carriers to find the sweet spot between revenue and comfort, particularly at the back of the cabin.

Having taken delivery of new Airbus A321s, JetBlue has benefited from utilising aircraft with greater seat capacity at congested hubs like New York JFK. The airline's chief commercial officer Marty St George says: "It's very tough for us to get slots [at JFK], so the ability to let our natural share grow as we get more seats has been highly accretive."

JetBlue is undertaking a cabin reconfiguration programme on its A320 fleet, where two additional rows of economy seats are being installed. Cirium's Tracked Utilisation data suggests that each A320 has spent around 40 days on the ground while the work has taken place. 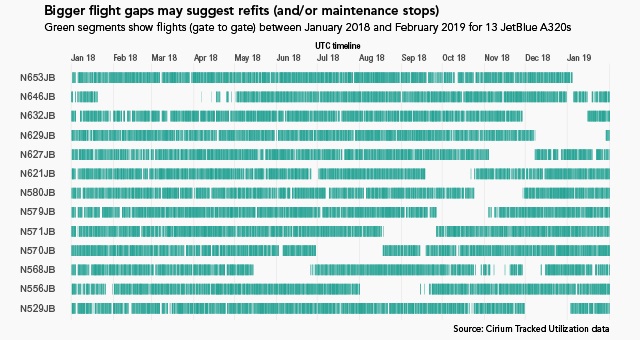 The initiative is increasing seat capacity on the A320 fleet by some 7%, and is occurring in two phases. In phase one, the first handful of aircraft has received interiors akin to those found on the airline's A321 fleet. The vast majority of the A320 fleet will be retrofitted in phase two with a new seat model, new in-flight entertainment (IFE) system and enhanced internet connectivity.

Installation of extra seat rows is made possible by the selection of thinner, lightweight seats, but JetBlue has also added space-saving galleys and lavatories. 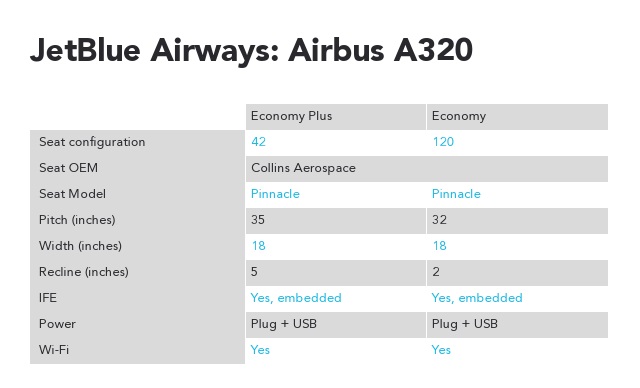 Like JetBlue, Allegiant Air has opted for Airbus's Space-Flex galleys and lavatories on its A320 fleet to maximise seat capacity. Since 2017, the low-cost carrier has acquired a dozen new A320s with 186 economy seats, the seat limit for the type. Second-hand examples have also joined the fleet reconfigured with 186 seats, but so too have earlier-build A320s that have 177 seats. Scott Sheldon, chief financial officer at the airline, said at a recent investor day that fewer aircraft would be reconfigured with the 186-seat layout because Airbus considered pre-2000 vintage A320s as "ineligible" for the higher-density seating. This leaves Allegiant with two sub-fleets of A320s. 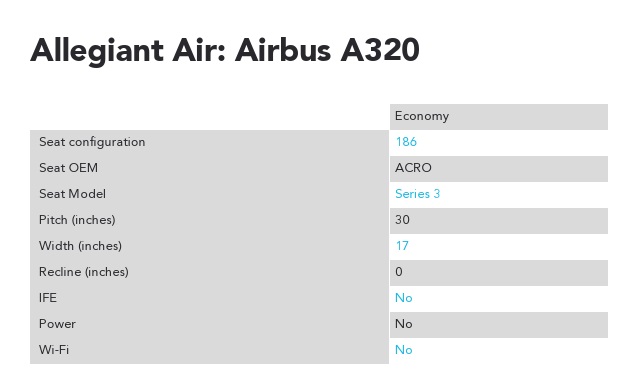 Other airlines use densification programmes as an opportunity to update the interiors of older aircraft, aligning them with newly built aircraft.

American Airlines has embarked on a large-scale cabin reconfiguration programme that will bring commonality between aircraft sub-types. Dubbed Project Oasis, approximately 450 in-service aircraft will receive interiors identical to brand new deliveries. American's vice-president of technical services Craig Barton has noted: "Our [Boeing] 737 Max and 737NGs will look alike, and our A321neos and A321 current-day airplanes will all look alike."

Fleets Analyzer shows that 69 737-800s have already undergone the work for the interior to match that of the 737 Max 8s. The most notable changes include a denser 172-seat layout with two additional rows of seats, in-seat power plus a new in-flight entertainment and connectivity system. 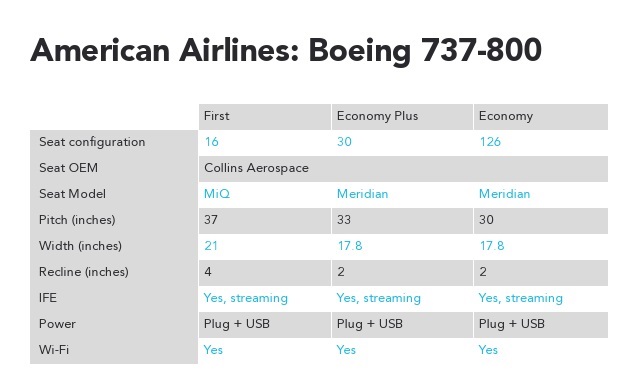 Many existing 737-800s have seat-back screens installed, but are now being replaced with the same streaming entertainment system installed on the Max. Internet connectivity is also being upgraded. Approximately 200 Airbus A321ceos will undergo the same treatment beginning this year, to bring the interiors in line with the incoming A321neo fleet. American plans to grow capacity by roughly 3% during fiscal year 2019.

American Airlines is not the only US carrier making changes to its Boeing 737-800s. Sun Country has recently adopted a new business model more akin to that of a low-cost carrier. The first-class seats have been removed from the 737-800s and replaced with an all-economy 183-seat layout. In-seat power and a streaming entertainment system have also been installed to provide an enhanced passenger experience. 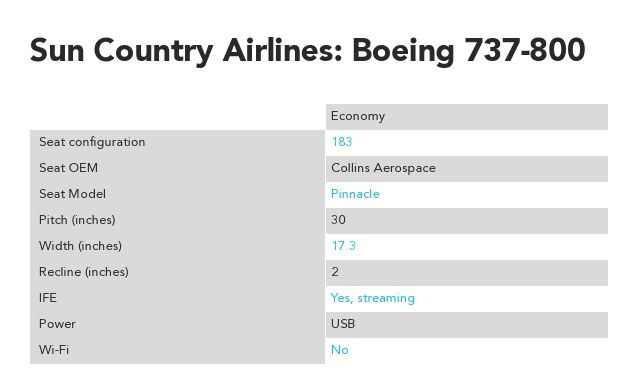 Airline mergers can lead to cabin reconfiguration work. Alaska Airlines is about to embark on integrating the fleet of approximately 70 A320-family aircraft from the acquisition of Virgin America in January 2018. Alaska president Ben Minicucci notes that the airline saw value in retaining "brand elements from Virgin America after extensive feedback from our guests". The highly regarded Virgin America onboard experience featured aircraft equipped with embedded IFE, wi-fi and in-seat power. The Virgin influence plays a big part in the reconfigured aircraft. A noteworthy difference is that streaming IFE will be installed instead of an embedded system with seatback screens. Alaska Airlines will introduce the new cabins to its existing Boeing 737 fleet and on future deliveries, too.