UAV makers see significant potential in the Asia-Pacific for small, unmanned vertical take-off and landing (VTOL) systems that can be deployed from warships.

Several manufacturers had a presence at Singapore’s biennial IMDEX naval show, which is held at the same site as the Singapore air show.

Regional navies are looking to fill a range of airborne roles, including the traditional military intelligence, surveillance, and reconnaissance (ISR) mission, to parapublic work such as countering drug smuggling and human trafficking.

While interest among navies is high there are few firm requirements. Still, there appears to be an opportunity to provide aircraft for ships ranging from small offshore patrol craft to larger corvettes and frigates. While standing up a VTOL UAV capability on a ship requires some investment, operating costs will be cheaper than operating large, shipborne helicopters.

A key advantage of VTOL UAVs with a traditional helicopter layout is the ease of launch and recovering the aircraft at sea. No catapult is necessary to launch the system, and no special equipment is required to recover it. All that is need is a flat flight deck. 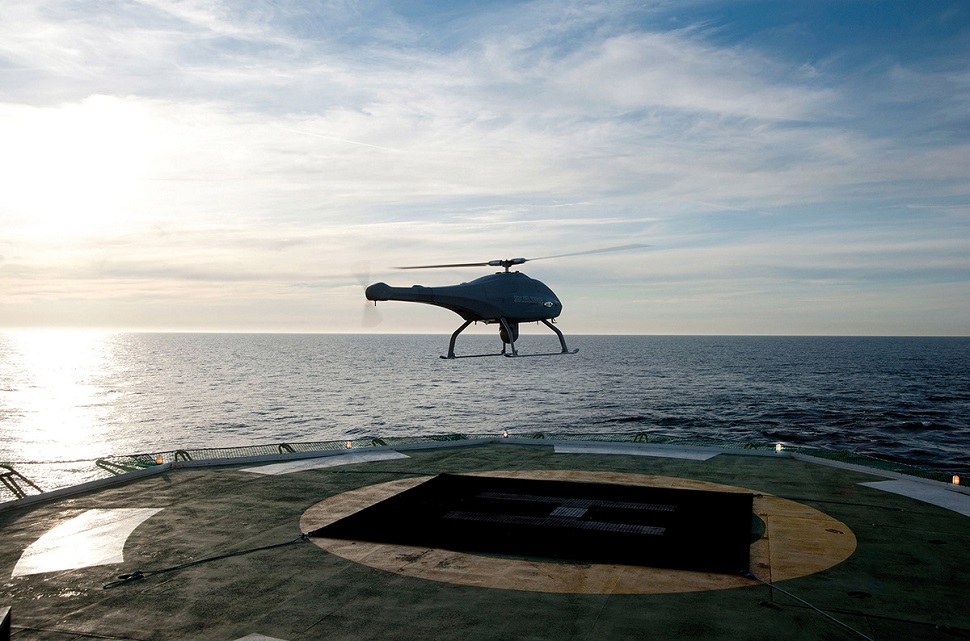 “Just about all the navies in the [Asia-Pacific] region have been talking about unmanned systems as a hard requirement for future ships over a certain size,” he says. “Up until today no integration has been done yet with rotary unmanned systems. The market is quite immature, but we see interest.”

He offers an example of a warship that spots a speedboat racing along several miles away. It could be impossible for the vessel to catch up for a closer look. In this situation a small, easily-launched UAV would be of great benefit.

UMS Skeldar, a joint venture between Sweden’s Saab and Switzerland’s UMS, produces the Skeldar V-200, which has a maximum take-off weight of 235kg and can carry a payload of 50kg. The company has received orders for small numbers of V-200s from the Canadian and German navies. A key benefit of the V-200, says Hjelmberg, is that it can operate with heavy fuel. He contends that this can be safer to store and work with aboard a ship.

Austrian firm Schiebel also had a presence at the show, promoting its Camcopter S-100.

“All the navies are moving to modernise their vessels such as frigates and OPVs (offshore patrol vessels),” says Schiebel executive Justinas Gudaitis. “Quite often their requirements include an unmanned aircraft capability focused on protecting the ship’s perimeter and extending an over-the-horizon surveillance capability for 40-60nm away from the vessel.” 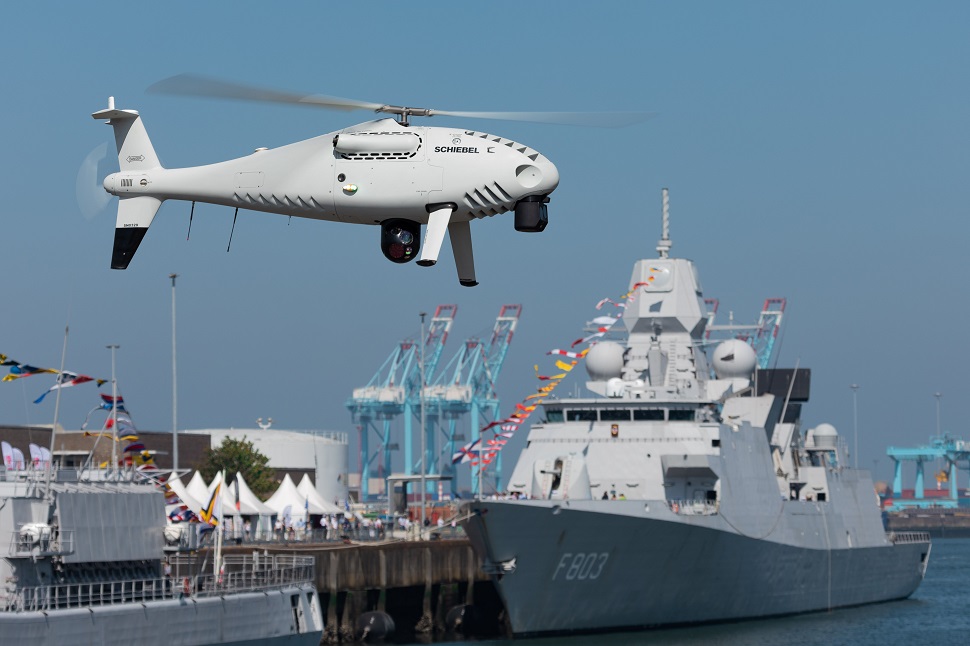 Scheibel’s S-100 is similar in size to the V-200, with a MTOW of 200KG and payload up to 50kg. Payloads can include an electro-optical/infrared camera, synthetic aperture radar, signals intelligence, communications intelligence, and others.

Also promoting UAVs for naval use is Emmanuel Previnaire, founder and chief executive of Flying-Cam. Previnaire has a unique profile among defence executives as his company’s UAVs have been used extensively for movie and television work. In 2014, Previnaire even won a Scientific and Engineering Oscar from the Motion Picture Academy.

At the company’s stand, he illustrated how the Flying-Cam's Sarah 4.0 Electric Super Drone was used to film the rooftop motorcycle chase scene in the 2012 James Bond film Skyfall. The company’s systems are somewhat smaller than those on offer from UMS Skeldar or Schiebel. Its flagship Discovery UAV has a maximum take-off weight of 75kg, but it is developing a system with an MTOW of 150kg. 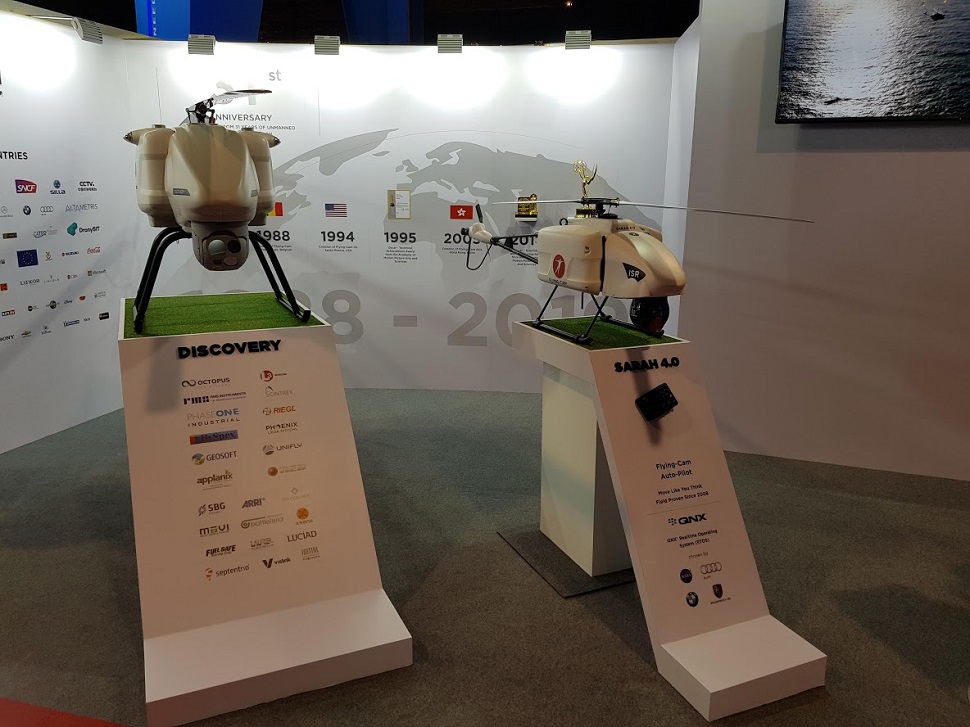 The Flying-Cam Discovery and Sarah. 4.0 at IMDEX

“Captains want aircraft they can control directly from the boat,” says Previnaire.

One innovation he believes is unique to his aircraft is the integration of a metallic anomaly detector (MAD) boom. This can be used to located metallic objects in the water, such as mines or sunken wrecks. The company’s systems have also been used in fisheries work.

He stresses that sensors have become much smaller and more capable in recent years. This means smaller, cheaper UAV systems can be very capable as ISR platforms.