ANALYSIS: What went wrong at Piaggio and is there a way back?

Five years ago, with orders for its twin-pusher business aircraft dwindling, the owners of Piaggio Aerospace turned to the defence and special missions market to secure the firm’s future. At the Paris air show in 2013, the venerable Italian airframer unveiled the P.1HH HammerHead, an unmanned surveillance variant of its P.180 Avanti. It went on to secure a launch deal for eight examples from the United Arab Emirates, and, later, enough interest from Italy to start developing a more advanced version for delivery in 2023.

Now, with the new government in Rome appearing to lose interest in the “P.2HH”, uncertainty over the UAE commitment – none of the six aircraft that were to have been handed over this year are yet in Abu Dhabi – and continued sluggish sales for the third and latest Evo version of the Avanti, Piaggio has entered voluntary, or “extraordinary”, administration. Not even its deep-pocketed owner, Abu Dhabi sovereign wealth fund Mubadala, appears willing to support the enterprise any longer.

It is not Piaggio’s first financial crisis. The Genoa company – which celebrates its centenary as an aerospace manufacturer this year – went bankrupt in the late 1980s, shortly after developing the Avanti, before a consortium led by the head of the Ferrari family raced to the rescue. Piaggio’s purchase a decade ago by global heavyweights Tata of India and Mubadala – which in 2015 become sole shareholder – promised a more secure future. The new owners provided funds for a new factory in Villanova D’Albenga, north of Genoa, and the development of the HammerHead.

However, troubles continued, and at the turn of the year, Mubadala pumped an additional €255 million ($290 million) into the business, helping it clear its debts. Piaggio released a five-year plan to restructure the operation to focus on the special mission and defence sector, and exit its engine parts manufacturing activities. However, on 22 November, the board of the Italian company admitted “the key fundamental assumptions of the restructuring plan approved in 2017 have not materialised” and that it could not meet its financial commitments.

So what has gone wrong? Firstly, despite the emphasis on defence, the business model depended on steady sales of the Evo, which has struggled since a key US fractional customer went bust after the financial crash. From a 2008 peak of 30 deliveries, shipments of the Pratt & Whitney Canada PT6A-66B-powered turboprop have fallen to just three so far this year. At the EBACE business aviation show in May, chief executive Renato Vaghi said the company had secured four Evo orders, had a backlog of 12, and that “sales momentum” was continuing. That momentum is unlikely to have been fast enough.

More importantly, the move into the military market has struggled to get airborne. A source close to the company confirms none of the P.1HHs due to be delivered to the UAE this year have been handed over. The fact that the UAE military was buying from a company owned by its own government-run wealth fund seemed to make the deal a sure bet. However, there have been suggestions that, after hoping for backing from Rome in the form of a military order, Abu Dhabi has held back concerned by Italy’s fragile political situation.

The Italian defence ministry had sanctioned a development programme for 10 P.2HH systems, each comprising two air vehicles and one ground control station. The P.2HH, with a larger wing and airframe than its predecessor, a more composite structure, and a maximum endurance of 30h, was costed at €766 million. Work on the programme, for which Leonardo would supply the mission system, was to begin in 2017, with first deliveries 55 months later. The procurement plan was presented to parliament in February. 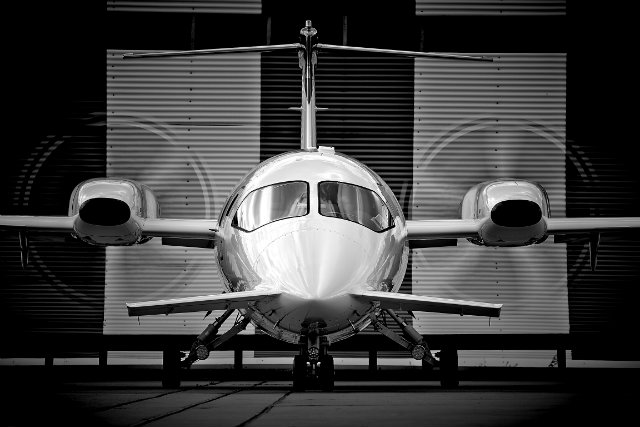 However, following Italy’s election, the acquisition has been put on ice. The problem appears to be the country’s dire fiscal situation, with one coalition partner, the populist Five Star Movement, promising to prioritise social programmes over defence spending. The aircraft’s backers, by contrast, talk up the medium-altitude, long-endurance (MALE) P.2HH as a low-cost alternative to other unmanned systems, and ideal for maritime patrol at a time when there are dozens of boats carrying refugees on the Mediterranean.

Piaggio flew its first P.1HH in 2013. However, that prototype crashed off Sicily in May 2016, about 100h into the flight test campaign. A second prototype flew in July 2017 and two further aircraft joined the flight test programme. In May 2017, Piaggio completed a key step in its campaign, its first beyond radio line of sight (BRLOS) sorties, with Vaghi telling FlightGlobal at EBACE: “I cannot stress how important this milestone is for us. We will be the first European MALE to market. We have had to change the entire nature of the company.”

Piaggio’s restructuring plan envisaged the company breaking even in 2019 and becoming profitable in 2021. Now the fate of one of Italy’s oldest aerospace names is in the hands of Ministry of Economic Development-appointed administrators, who will try to sell it as a going concern. But with Mubadala seeming to step back, and industrial partner Leonardo or the Italian government unlikely to step in, it is difficult to see how Piaggio can survive much into its second century.

Luca Peruzzi contributed to this article.