Australia has confirmed that it will obtain 10 Alenia C-27J Spartan tactical transport aircraft for A$1.4 billion ($1.4 billion) through the US Foreign Military Sales (FMS) Mechanism.

"The C-27J was assessed by Defence as the aircraft which best met all the essential capability requirements and provides the best value for money," Australia's Department of Defence says in a statement. "It was assessed as being able to fly further, faster, higher while carrying more cargo and requiring a smaller runway than the other aircraft under consideration, the Airbus Military C-295."

The announcement confirms the ultimate successor of the de Havilland Canada DHC-4 Caribou aircraft under the AIR 8000 Phase 2 requirement. Though popular with the Royal Australian Air Force (RAAF), the obsolescent Caribou was retired in 2009.

One concern with the Caribou had been its inability to operate in all but the most permissible airspace. Aside from being considerably faster and more manoeuvrable than the Caribou, the C-27J will also be equipped with missile warning systems, electronic self protection and battlefield armour. This will help it defeat threats from small arms fires and man portable air defence systems (MANPADS). 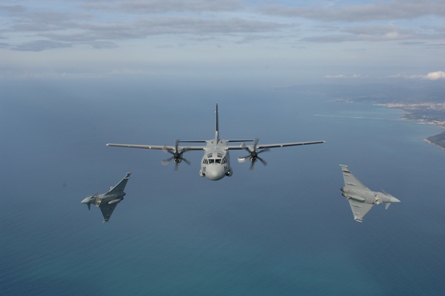 In addition, the C-27J offers significant commonality with the C-130J. Alenia representatives have said the J designation of the C-27J is aimed at highlighting the similarities between the two types. Both are powered by the Rolls Royce AE2100 turboprop, and have similar avionics and cargo handling systems.

The A$1.4 billion figure is considerably higher than the $950 million the US Defense Security Cooperation Agency quoted for the deal in a 23 December 2011 notification to Congress. Under the FMS deal, the prime contractor will be US firm L-3 Communications. The statement adds that the twin-engined C-27J can access 1,900 Australian airfields compared with 500 for the Lockheed Martin C-130 Hercules. In the broader region, it can access 400 airfields compared with 200 for the C-130.

"The C-27J has the capacity to carry significant loads and still access small, soft, narrow runways that are too short for the C-130J or runways which are unable to sustain repeated use of larger aircraft," says the statement.

These comments counter a key rationale given by the US Air Force (USAF) to retire the C-27Js in US service. The USAF contends that the C-130 can access most of the airfields accessible to the smaller, lighter C-27J.

The deal comes just one day after Australia announced sweeping budget cuts that will see it retire its eight active C-130H aircraft. The C-27J statement says that the retirement of the C-130H "will proceed in an orderly fashion over the course of the year".

The news will also come as a blow to Airbus Military. In March, the European company had offered Australia future work to convert Airbus A330-200 aircraft to the A330 multi-role tanker transport (MRTT) standard provided Australia elected to buy 10 C-295s and a sixth A330 MRTT.

Qantas Defence Services in Brisbane has played a key role in A330 MRTT conversions, with the RAAF's fifth A330 MRTT now being converted.

Australia's C-27Js will be based at RAAF Richmond. The first delivery is expected in 2015, with initial operating capability planned for the end of 2016. 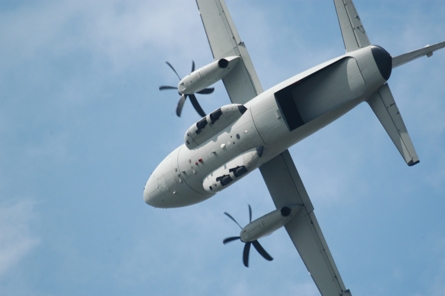