In operational use since 1992, the French air force's four E-3Fs are to have their analogue cockpits replaced with a digital flight deck featuring five full-colour multifunction displays, DGA says. The modernisation activity also will introduce a digital autopilot capability for the CFM International CFM56-powered type. 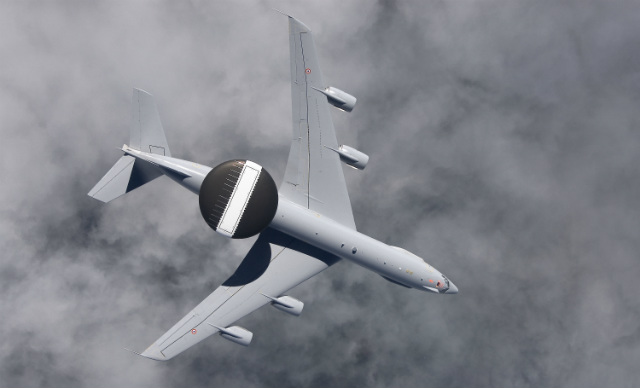 The upgrade programme will enable the aircraft to remain compliant with current and emerging air traffic control and navigation requirements, and enable the French air force to reduce its in-cockpit flightcrew from four to three.

Supported by Boeing and using a common system developed for major AWACS upgrades for the US Air Force and NATO, the modifications will be performed by Air France Industries KLM Engineering & Maintenance (AFI KLM E&M). Work will commence during 2019, with updated aircraft to be returned to operational use from 2022. DGA says the updates will be performed alongside scheduled heavy maintenance visits, to minimise the amount of time that individual airframes will be out of use.

It says the updates will enhance the E-3F's operational performance, but also improve reliability and reduce support costs, due to the removal of obsolete equipment. Its contract with AFI KLM E&M will also include a seven-year maintenance deal.

Boeing and its French maintenance partner have previously worked together on a mid-life update of the E-3F's onboard mission computers and operator stations, delivering modernised aircraft from July 2014.