The US Army is in no hurry to replace the venerable Boeing CH-47 Chinook that has carried its soldiers into battle since the Vietnam War, but when it does finally decide to move on, AVX Aircraft would offer up a 27.2t (60,000lb) tiltrotor replacement with 13.4m (44ft) propellors.

The Benbrook, Texas-based advanced rotorcraft design shop counts several former Bell-Boeing V-22 Osprey aerodynamicist among its staff and they have concluded that a tiltrotor aircraft makes the most sense for a future heavy-lift cargo aircraft.

The team has been advancing several classes of twin ducted fan, compound coaxial rotor helicopters as potential next-generation rotorcraft for the US Army, and recently responded to the service’s request for information on potential mid-sized Future Vertical Lift types known as Capability Sets 3.

In that class, AVX offered the 11.3t (25,000lb) light/medium compound coaxial design that it has been maturing as part of the army's Joint MultiRole technology demonstrator project – essentially the precursor to FVL. It has forward lifting canards and would be powered by two Improved Turbine Engine Programme (ITEP) engines and dual ducted fans mounted forward of the horizontal tail.

This Capability Set 3 (CS3) concept comes in attack and utility varieties and is designed as a successor to the long-serving Sikorsky UH-60 Black Hawk and Boeing AH-64 Apache helicopters.

Above that weight class, however, AVX chief executive Troy Gaffey says his team would offer a tiltrotor solution, as is being pushed by Karem Aircraft with its optimal speed tiltrotor and Bell Helicopter – which would promote an up-scaled V-280 Valor type for "FVL Heavy".

The CH-47 is expected to be among the last current-generation helicopters the army will transition phase out in favour of a next-generation FVL design. AVX hasn’t completed any detailed work on its tiltrotor, but an artist’s rendering and some tentative specifications were provided to the US Army earlier this year.

“Our [compound coaxial helicopter] configuration, we feel really comfortable with for these first three capability sets,” Gaffey tells Flightglobal at the Army Aviation Association of America symposium in Atlanta, Georgia on 29 April. “We believe for Capability Set 4, which is really a CH-47 replacement, approximately, it’s probably logically a tiltrotor. Most of us at AVX were deeply involved in the V-22.” 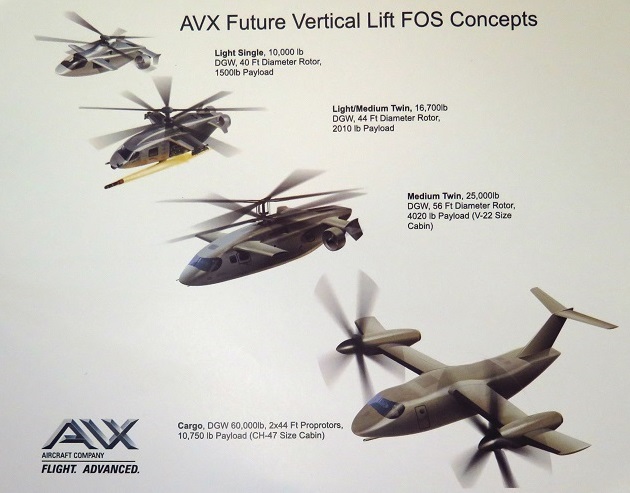 AVX proposed a tiltrotor for the US Defense Advanced Research Projects Agency’s Vertical Takeoff and Landing (VTOL) X-plane project that was won by the Aurora Flight Sciences LightningStrike platform.

The company recent conducted a series of wind tunnel tests with a 1/10th-scale model of its FVL Capability Set 3 concept, which helped AVX work through some aerodynamic stability and drag issues.

Gaffey says further work will examine flapping and the separation between the rotor blades as well as the effect of downwash on the tail and ducted fans and how the design handles vibrations and loading. 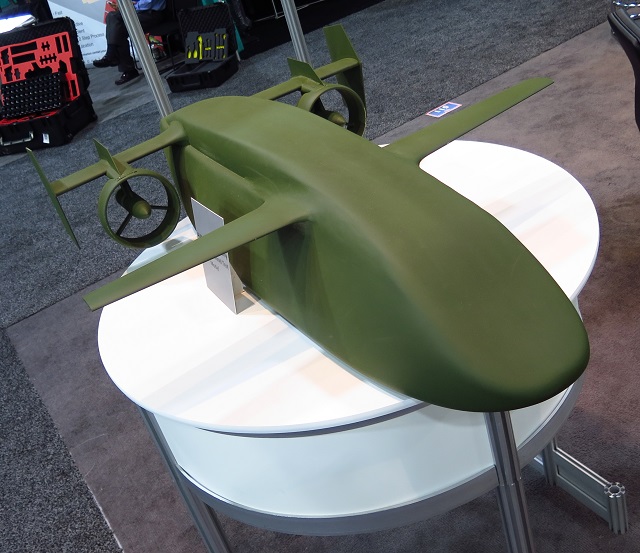 Compound coaxial helicopters have long been a Russian pursuit, with the Kamov design bureau which produced the popular operational types like Ka-52 “Alligator” gunship. But the USA is gaining ground.

“We’ve benefited a great deal, by the way, from the Russian experience with coaxial,” says Gaffey. “I have a Russian textbook, written in Russian, in my office that I was given. I don’t read Russian, but I understand all the figures.”

Gaffey wants to press forward with large-scale wind tunnel testing of the company’s CS3 concept and hopes to build a dynamic, powered prototype that can be trial in the low and high-speed wind tunnel facilities at the NASA Ames Research Centre in California. That task is not currently funded, but Gaffey is “confident” it will be.

“That will be more proof for the configuration,” he says. “That will resolve issues and it will also give us more confidence in the analysis and analytical methods.”