Bahrain is nearing a decision on whether to launch a major programme to modernise its Lockheed Martin F-16s and acquire an additional batch in an advanced V-model configuration.

“They are thinking about upgrading their airplanes – we have been in discussion for a while,” Groesch told Flightglobal during the Bahrain International Airshow. 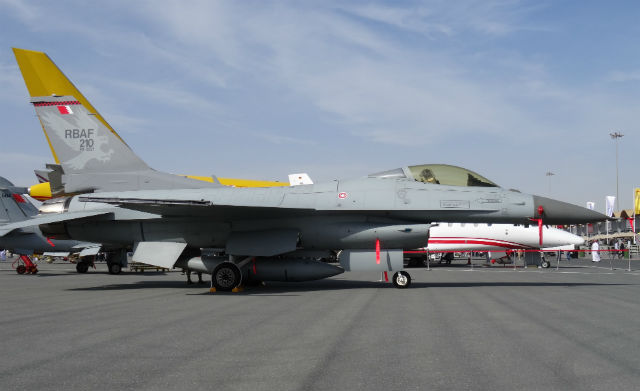 Modernising Bahrain’s in-service fleet to the F-16V standard would include the integration of an active electronically scanned array sensor, already identified as Northrop Grumman’s scalable agile beam radar. With the US government, the progamme would also add precision-guided weapons, such as from Boeing’s joint direct attack munition series, and Lockheed’s Sniper targeting pod.

In parallel with the upgrade, the service could also acquire “17 or 18” new-build F-16Vs, Groesch says. These would differ through the installation of conformal fuel tanks, which he notes would enable the assets to operate with more weapons beneath the wing, in place of 370gal fuel tanks.

Confirming Bahrain has asked for pricing, availability and schedule data about a potential deal via the Foreign Military Sales framework, Groesch says: “In early February we will start to discuss the request with the US government. Bahrain has seen the need to get this going, due to the operational tempo now.”

Groesch says the lead aircraft involved in an upgrade would undergo modification and flight test in Bahrain with Lockheed, and subsequent examples would receive the enhancements with the assistance of the nation's air force.

Flightglobal’s Fleets Analyzer database records the Royal Bahraini Air Force’s inventory as including 16 F-16Cs and four D-model trainers, after a single-seat example was destroyed in a non-fatal accident in Saudi Arabia.

If concluded, the deal with Bahrain would enable Lockheed to extend production of the F-16 beyond 2017.

“We’re talking to several other customers at the moment,” about possible upgrades or purchases says Groesch, who identifies Jordan as having a near-term requirement to modernise its inventory.

Two years ago, details emerged of a possible deal to supply the United Arab Emirates with additional F-16s in an upgraded Block 60 configuration, along with a modernisation activity for its current examples. A deal has yet to be signed, but Groesch confirms: “We’re still talking to them about that.”

Separately, Bahrain has yet to confirm an intention to replace its remaining 12 Northrop F-5E/Fs. With the Eurofighter Typhoon considered a leading contender for such a requirement, campaign lead BAE Systems exhibited a full-scale replica and had a simulator on show at the 21-23 January event, staged at Sakhir air base. 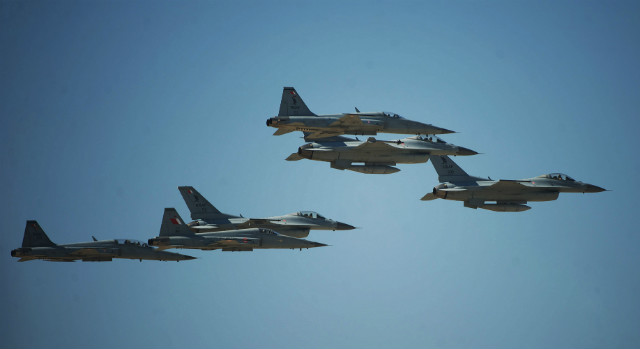 To assist with promoting the type, BAE chief executive Ian King and UK defence minister Philip Dunne were among UK officials present on the opening day of the biennial show.