Bell Boeing has signed a five-year, $10.4 billion contract to produce 167 V-22 Osprey tiltrotors. This is the first multi-year procurement for the unique aircraft.

The contract covers 141 MV-22 assault transports for the US Marine Corps, plus 26 special-operations CV-22Bs for the US Air Force. Deliveries under the contract will be completed in 2014.

Multi-year procurement is expected to save as much as $427 million over annual contracts, the US Department of Defense estimates. 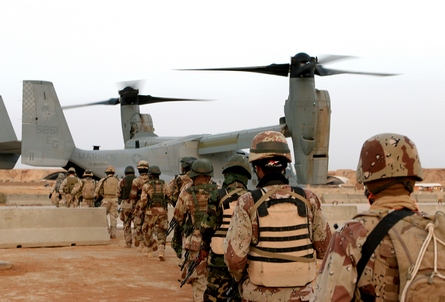 Orders for the Osprey now total 299, of which 100 have been delivered. Twelve Marine Corps MV-22s have been operational in Iraq since October 2007.

The USMC plans to procure a total of 360 MV-22s, while USAF Special Operations Command is to receive 50 CV-22s. A further 50 combat search-and-rescue HV-22s for the US Navy is planned, but not yet funded.