To mark the historic roll-out of Japan’s first new indigenous airliner in half a century, we look at the Mitsubishi MRJ and some of the nation’s other high-profile aerospace products – past and present. The listing is not intended to denote each project’s specific ranking, and intentionally counts only one aircraft developed prior to the Second World War. 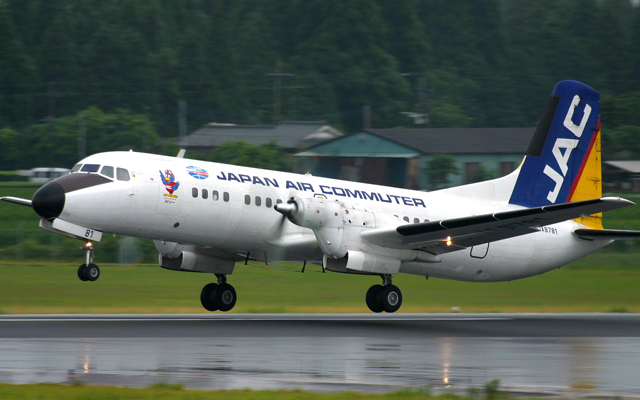 Produced by NAMC, the YS-11 is Japan’s most recent commercial airliner before the Mitsubishi Aircraft MRJ regional jet entered development. Production of the twin-turboprop type ceased 40 years ago, and Flightglobal’s Ascend Fleets database records just 17 as remaining in use. Fifteen of these are flown by the Japanese military, while the other two are used by Alcon in Mexico. 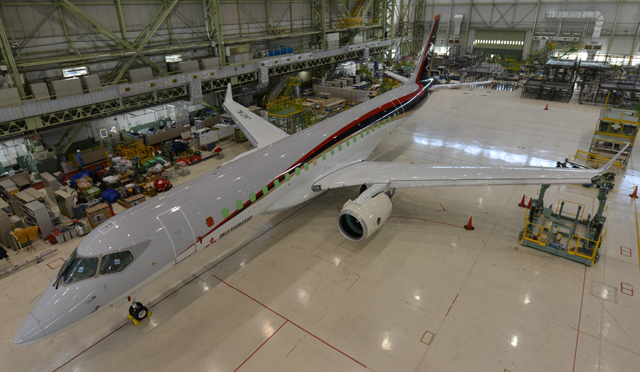 Rolled out in its MRJ90 guise near Nagoya on 18 October, the Mitsubishi Aircraft regional jet is due to perform its flight debut in the second quarter of 2015. Confirmed orders for the model stand at a current 191 aircraft, and deliveries should start in 2017, with a maximum seating density of 96. A smaller MRJ70 will follow, with another variant with a 100-seat capacity is also planned. 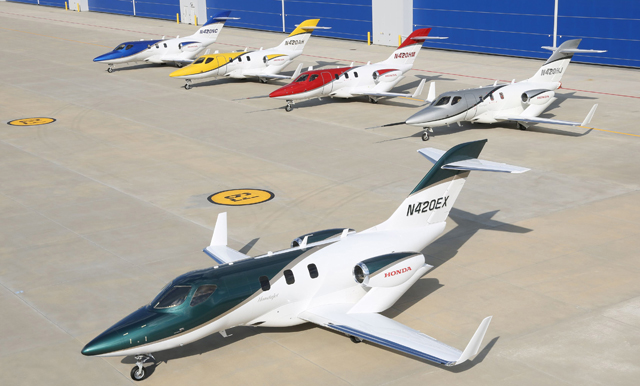 With its striking over-the-wing-mounted engines and sleek appearance, the HondaJet HA-420 business jet is currently flying towards certification in the USA, with four prototypes and a first production example having amassed more than a combined 2,000 flight hours. Federal Aviation Administration approval is expected in the first quarter of 2015, with the milestone to enable series production to take off in Greensboro, North Carolina. Honda Aircraft says it has so far secured orders for more than 100 examples.

Mitsubishi Heavy Industries’ F-2 fighter looks a lot like the Lockheed Martin F-16, because the company developed the indigenous type in cooperation with the US manufacturer. Japan’s air force today flies 63 A-model examples and 15 two-seat F-2B trainers, says Flightglobal’s MiliCAS database, with production of the type having ceased. Another indigenous fighter project, dubbed ATD-X, is already in its early stages, with a mock-up of a Mitsubishi-designed Shinshin demonstrator having been pictured earlier this year. 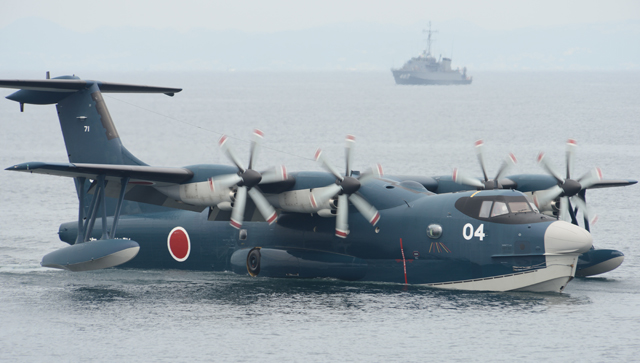 ShinMaywa’s US-2 amphibian is a search and rescue asset operated by the Japan Maritime Self-Defence Force, and is powered by Rolls-Royce AE 2100 turboprop engines. In a potential first for the programme, India’s navy has recently expressed interest in a potential 18-aircraft export deal. The US-2 is a new-generation replacement for the ShinMaywa’s earlier US-1 design, which also remains in domestic use. 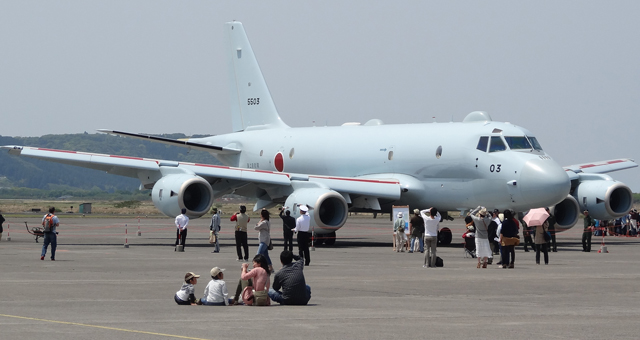 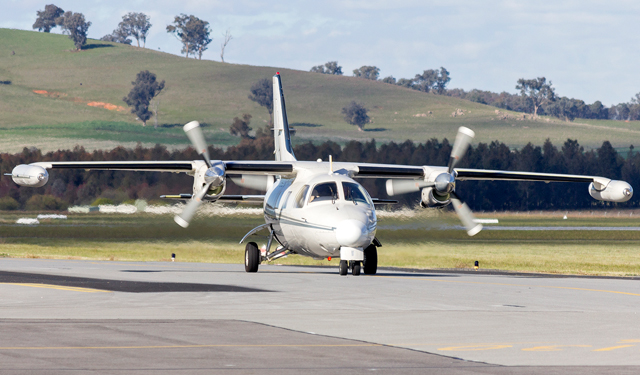 The Mitsubishi MU-2 is a high-wing, twin-turboprop type with a seating capacity of up to 12 passengers, as well as a two-person crew. First flown in 1963, the aircraft remains in active use, with Ascend recording 287 as still operational. The example pictured here, VH-DTV, is operated by Australia’s Jupiter Aviation. 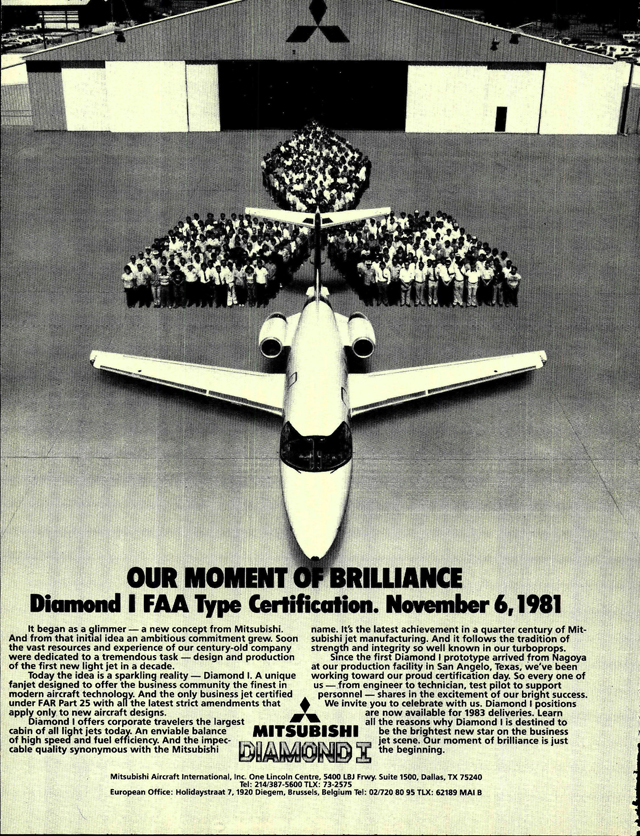 Following its success with the MU-2, Mitsubishi went a step further, by developing the MU-300 Diamond business jet. This made its flight debut in 1978, but the company subsequently sold all rights to US manufacturer Beechcraft, which remodelled its as the Beech 400. Ascend records 56 of the original Mitsubishi-built version as still being in active use, including 44 operated in the USA. Only one remains in use in Japan – a 1983 example (JA30DA) flown by Diamond Air Service for experimental purposes. 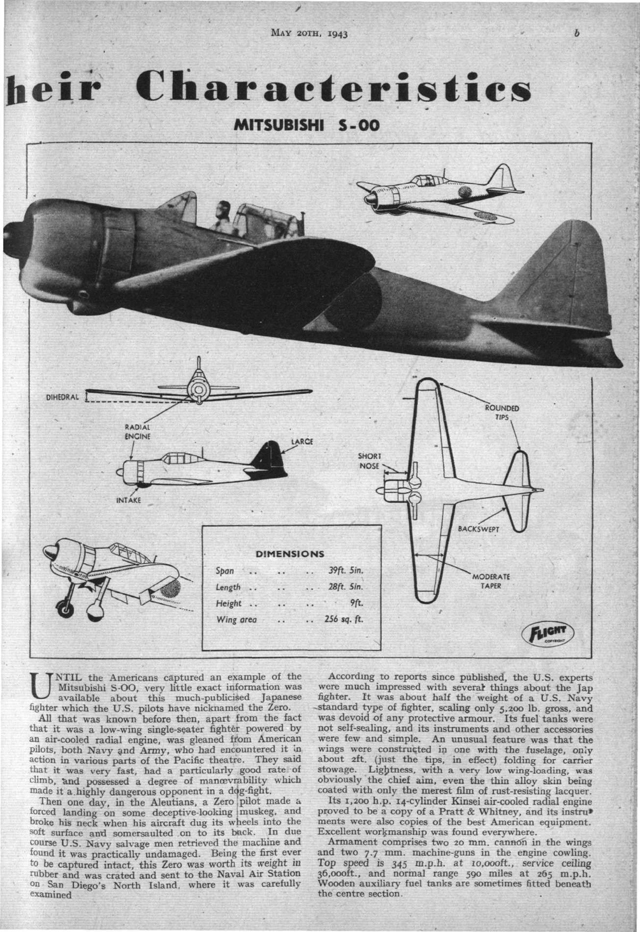 Our Top 10 could not omit the iconic Mitsubishi A6M “Zero“, which is included as the only historic entrant in this collection. Flight International’s archive report about the type – penned in 1943 – discusses a US evaluation of the formidable type, which was performed using a captured example. US pilots reported that the Zero had a good rate of climb, was highly manoeuvrable and surprisingly light, but lacked protective armour and had only simple instruments. More than 11,000 were produced, across multiple variants. 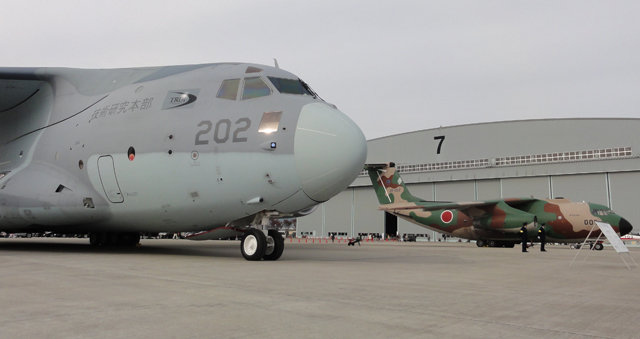 To replace the Japan Air Self-Defence Force’s earlier C-1 transports, the developmental C-2 is also the result of an indigenous programme by Kawasaki. Flown so far in the XC-2 prototype form, the airlifter bears a resemblance to Boeing’s larger C-17, but is powered by only two turbofan engines. The aircraft’s maximum payload capacity is expected to be around 37t; the same as Europe’s Airbus A400M. MiliCAS records Japan’s current C-1 inventory as now standing at 27 examples.