Northrop Grumman’s unmanned RQ-4 Block 40 Global Hawk has gone to “war” for the first time, according to the US Air Force.

The service announced today that on 19 September a Block 40, which has synthetic-aperture radar and ground-moving target indicators, departed Grand Forks Air Force Base in North Dakota on a mission that marked the “first time this specific model has been deployed into war.” 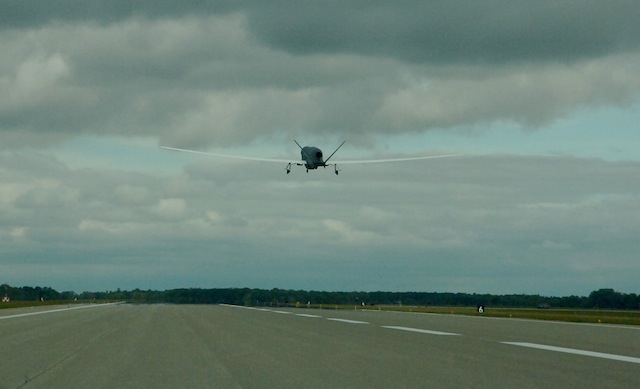 That comment was made by the 69th Reconnaissance Group’s Col Lawrence Spinetta in an article written by the public affairs division of the air force’s 319th Air Base Wing at Grand Forks.

The public affairs office declined to say where the aircraft went and did not provide additional details about the flight.

The office adds that the announcement needed to be cleared by high-level defense officials, which is why it was released more than one month after the flight.

“Any time we send a jet out of Grand Forks and 24 hours later it arrives right on center line... in the Middle East, that amazes me,” Spinetta told Flightglobal last week during a media briefing at the base.

“Lack of a manned pilot onboard is a strength,” Spinetta added. 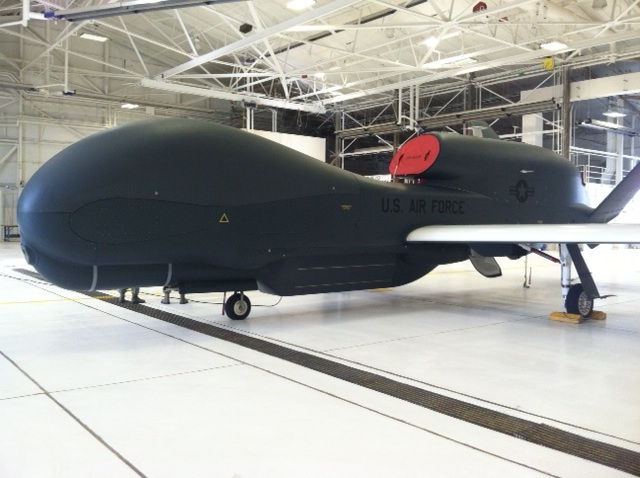 A Northrop Grumman Global Hawk rests in a hanger at the Grand Forks Air Force Base on 13 November, 2013. Jonathan Hemmerdinger

Block 20s, which fly communications relay missions, have been used in Afghanistan to transmit messages over mountains, Spinetta added.

Block 40s have a multi-platform radar technology insertion programme (MP-RTIP), an air-to-surface radar that provides wide-area surveillance of stationary and moving targets, according to Northrop’s website.