The US Navy will wrap up developmental free flight testing of the datalink-equipped Boeing Harpoon Block II+ sea-skimming, anti-ship missile next week, ahead of fielding on the F/A-18E/F Super Hornet sometime between June and August of 2017.

The latest variant of the 45-year-old Harpoon weapon type expands on the satellite-aided navigation system introduced in Block II by adding a datalink radio ported across from the C-1 variant of Raytheon's AGM-154 Joint Standoff Weapon (JSOW) for in-flight retargeting against enemy surface vessels in cluttered coastal regions.

The Harpoon missile successfully struck its first ship target during a test in December 1971, less than two years after McDonnell Douglas Astronautics of St Charles, Missouri received a contract from the Pentagon to develop the low-flying, radar-homing cruise missile.

Since its introduction in 1977, the Harpoon has been integrated with submarines, ships and dozens of aircraft and remains in active service with 30 nations.

Speaking to the media on 11 May ahead of the Navy League Sea-Air-Space exposition in Washington DC next week, NAVAIR’s programme manager for precision strike weapons Capt Jaime Engdahl said Block II+ is being fielded first on the Super Hornet and is due for integration with the Boeing P-8A armed submarine hunter as part of the third capability insertion, which will be rolled out in the fiscal year 2021 timeframe.

“The sea skimming profile is something that gives it good survivability, good lethality, and we’ve done continuous upgrades of this capability ever since it was fielded.” 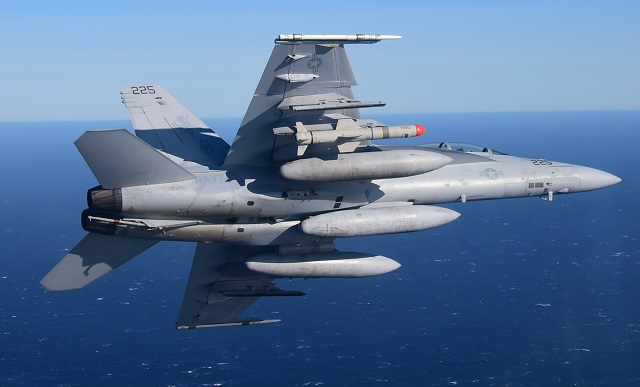 The upgrade to Block II+ comes as US Naval Air Systems Command expresses interest in an extended-range variant that uses a lighter but “more lethal” warhead and improved turbojet engine to approximately double the Harpoon’s unclassified range of 67nm (124km) to 134nm. The navy officially "rolled out" the ER concept at a Harpoon customer conference in April, and it has many of the same features inherent in the "next-generation" version Boeing proposed last year.

The extended range variant is Boeing’s answer to the 107nm (200km)-range Kongsberg-Raytheon Naval Strike Missile (NSM) that is being pursued by US Naval Sea Systems Command (NAVSEA) for integration and testing on American frigates and littoral combat ships as part of an offensive anti-surface warfare requirement. The NSM missile is being developed in tandem with the Joint Strike Missile (JSM) for the Lockheed F-35 Lightening II, which is due for integration as part of Block 4 in the 2020s.

The Norwegian missile was demonstrated on the USS Coronado (LCS-4), an Independence-class littoral combat ship (LCS), in September 2014 and this month NAVSEA issued a contracting notice that it intends to fund another “foreign comparative demonstration test” in late 2018. 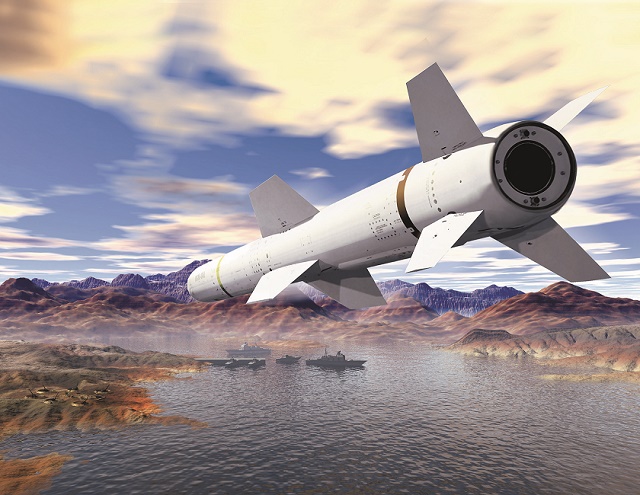 Last year, Boeing was touting its "Harpoon Next Generation" missile for strikes on ships and land targets but is now pushing an "ER" variant with many of the same features

Boeing is preparing to flight test its legacy Harpoon Block 1C from the USS Coronado, but will offer the “Harpoon Block II+ ER” for the navy’s over-the-horizon anti-ship missile competition for LCS.

“It doubles the range of the current Harpoon within the existing form factor,” Boeing’s director for cruise missile systems Jim Brooks said during the briefing on 11 May. “We’re able to do that at half the cost of what it would take to go out and acquire a new weapon system.

“This is what we believe would be the most capable and lowest cost option for the US Navy for LCS and Frigate.”