Boeing formally introduced the first 787-10 on 17 February in North Charleston, South Carolina, in a strikingly political ceremony led by US president Donald Trump.

The wings, fuselage sections and empennage of the 787 are assembled in Italy and Japan, but Trump and Boeing chairman, president and chief executive Dennis Muilenburg made the formal roll-out of the 787-10 a call to arms for restoring American manufacturing.

“As your president I’m going to do everything I can to unleash the power of the American spirit and to put our people back to work. This is our mantra: buy American and hire American. We want products made in America, made by American hands,” Trump said. 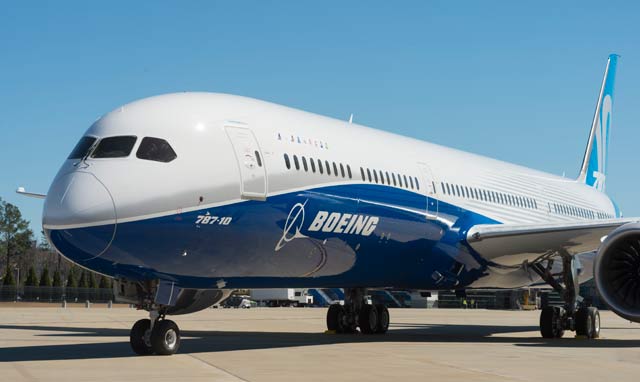 In introducing Trump, Muilenburg followed on the same theme. Despite the 787’s global supply chain and customer base, the 787-10 roll-out offered a testament to American manufacturing, Muilenburg says.

“This is about manufacturing in the US,” he says, adding that Boeing plans to spend another $6 billion of research and development and capital in the USA.

The presidential visit marked a new high point in the profile of Boeing’s once-troubled North Charleston campus. Boeing acquired the 787 aft and centre fuselage assembly operations in 2009 after Alenia-Vought joint venture Global Aeronautica struggled to meet production and quality targets. Following a two-month strike by 27,000 machinists in the Puget Sound area in 2008, Boeing announced it would expand the non-unionised North Charleston campus with a 787 final assembly line.

The 787-10 roll-out event came only two days after a 74% majority of North Charleston workers voted to reject representation by the International Association of Machinists and Aerospace Workers. 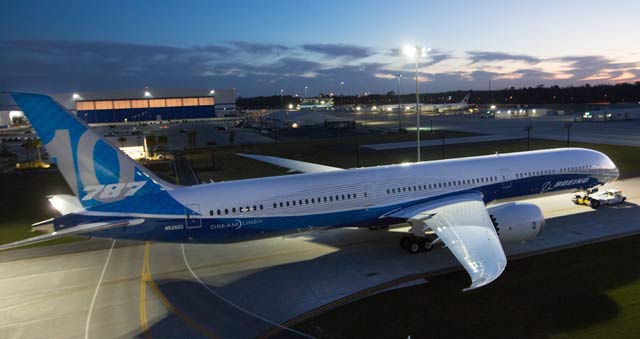 The first completed 787-10, fitted with Rolls-Royce Trent 1000 engines, will now be prepared to enter flight testing ahead of a scheduled first delivery in the first half of next year.

The 230-passenger aircraft is Boeing’s third and largest variant in the 787 family, with high expectations. So far, the 787-9 is outselling all three variants, but Boeing executives expect the 787-10 to become a major order attraction, flying major regional trunk routes within Asia, from the Middle East and across the Atlantic Ocean.