​Aerion eyes billionaire market for AS2 as it awaits GE study

Aerion estimates that it will be able to launch the AS2 supersonic business jet in 18 to 24 months, as it awaits the results of an engine study being conducted by General Electric.

The company has signed several refundable letters of intent, which give prospective buyers access to slots should the formal launch of the three-engined type occur, says chief commercial officer Ernest Edwards.

Edwards, speaking to FlightGlobal in Singapore, declined to specify how many LOIs have been signed – apart from one with US fractional ownership operator Flexjet for 20 examples.

"When we have completed the preliminary design review and we launch, we will invite [LOI holders] to make it non-refundable, based on the definitive specifications that we're able to publish at the time," he says. "We're still waiting for the engine analysis to come back from General Electric." 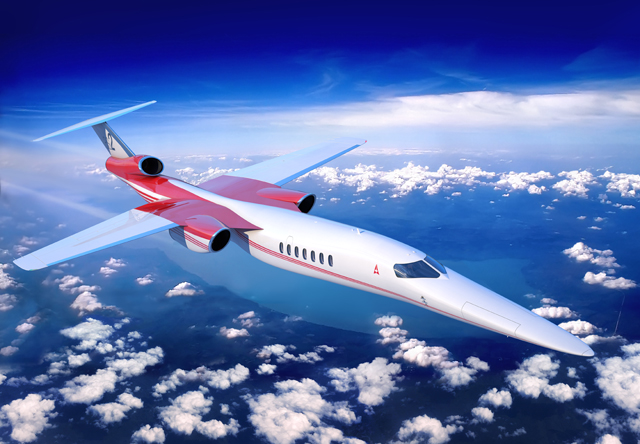 Neither GE nor Aerion has identified the source of the engine's core. In February, however, Aerion chairman Brian Barents confirmed that it is based on the eight-stage compressor and single-stage high-pressure turbine of the subsonic CFM56 powerplant.

Edwards declined to comment on the antecedents of the engine's core. "GE are asking us not to define the core yet. When we are ready to publish the results of the engine analysis, we'll then want to name the engine…. That will be a separate exercise as well."

"We’re not looking to replace every other airplane," says Edwards. "We’re looking for the man who appreciates the speed and time savings."

On the potential applications for the type in the Asia-Pacific, he says China-Australia and Tokyo-New York would be good applications. That said, overland from China's eastern seaboard towards the Middle East and Europe could be challenging, owing to the vagaries of Chinese regulation, which greatly restricts the operations of private jets – let alone aircraft capable of flying at Mach 1.4 at 57,000 feet. In one conversation Edwards had with a Chinese official, the official wondered why a business jet flying at supersonic speeds would be an issue when China already possesses supersonic missiles.

Edwards remains hopeful that US law proscribing supersonic flight over the contiguous USA will be withdrawn, paving the way for the AS2 in the key US private jet market. He adds that the AS2 will be able to fly at M1.2 without creating a sonic boom.

"There is a recognition that supersonic flight is inevitable. It's coming, it's the last frontier, and the Federal Aviation Administration has started accepting that they need to change the rules" he says.