Though several Bombardier Global 7500s are already in service, the company has now disclosed the type has an algorithm-driven system that adjusts cabin lighting in ways intended to help passengers feel refreshed after skipping across time zones.

“It is really the most revolutionary and advanced cabin lighting system in the business,” says Bombardier business aircraft manager of industrial design Tim Fagan.

Though the system is included on every 7500, including those already flying, Bombardier is just now announcing the technology, making news ahead of the EBACE business jet show in Geneva next month. 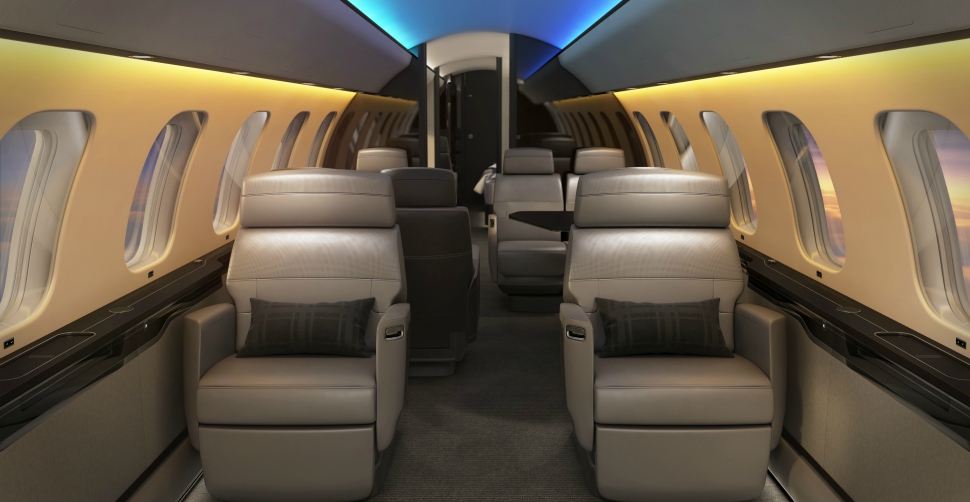 On afternoon departure from Los Angeles to London, for instance, the system might propose a scheme that calls for dim lighting after takeoff and throughout most of the flight, even hours after the 7500 crosses into daylight over the Atlantic. Then, the system could bring up the lights to simulate sunrise as the aircraft approaches London, Fagan explains.

“Colour tones and variations influence your body and how your body… anticipates sleep, or alertness,” he says. “The way you feel and your sleep and alertness states are heavily influenced by daylight.”

The system can closely mimic natural light because the 7500 cabin has nearly twice as many LED lights as previous-generation aviation lighting systems. The lights also have a “very high… colour rendering index” – a measure of how well light renders colours, Bombardier says.

“You are getting very rich, very complete colour spectrum,” says Fagan. “We are trying to harvest this science and create something that helps our customers arrive refreshed.”

The lighting system can also recommend meal times. It can be controlled via smartphone apps or onboard control panels connected to the aircraft's "nice Touch" cabin management system, Bombardier says. 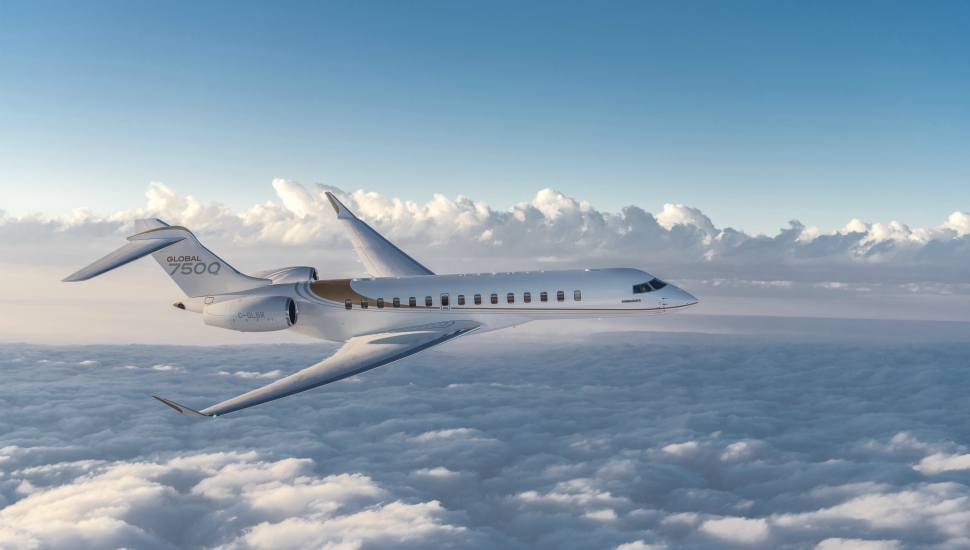 The technology’s benefits become most evident during long flights across multiple time zones, meaning it particularly suits the 7500, which has a 7,700nm range (14,300km), more than any Bombardier business jet.

“We are going to be connecting time zones and cities that other aircraft have previously been unable to do,” Fagan says.