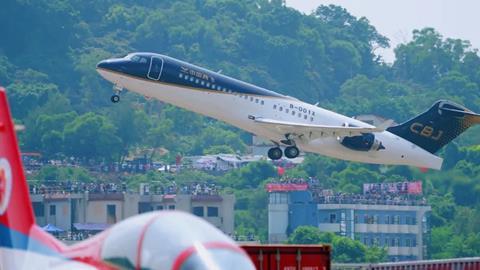 Comac has unveiled its CBJ business aircraft, a derivative of the ARJ21 regional jet.

The CBJ (B-001X) appeared in the static park and performed in the flying display of Airshow China, which is taking place in the southern city of Zhuhai this week. 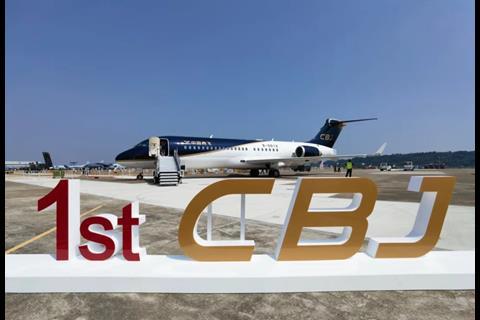 The CBJ in the Zhuhai static park 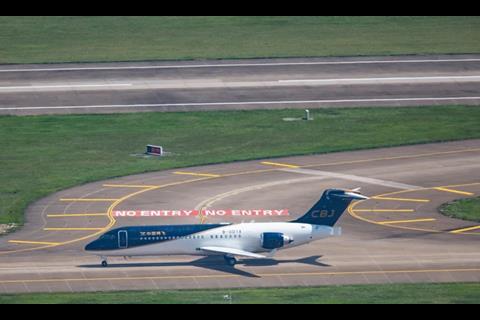 The CBJ taxiing at Zhuhai 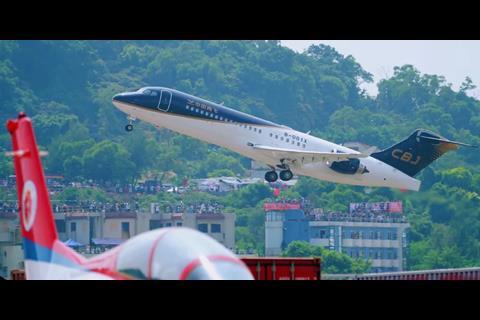 The CBJ takes off from Zhuhai. Comac claims it has good hot/high performance 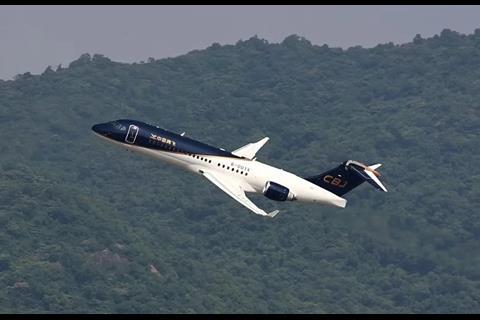 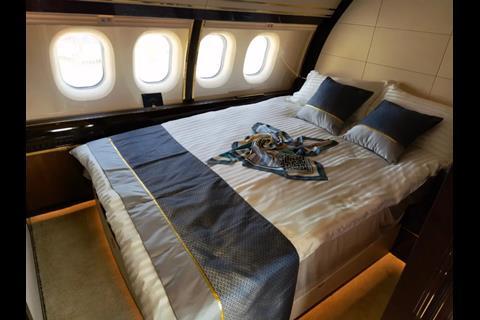 The stateroom aboard the CBJ

According to Comac’s Wechat account, development of a dedicated business aircraft based on the ARJ21 started in early 2015, with aircraft modifications taking place from 2017. The ARJ21 is produced at Comac facilities near Shanghai.

Comac’s Wechat images show a luxurious interior including a stateroom with a double bed, while a promotional video shows a conference room and lounge area. In addition, the CBJ has what Comac calls an “advanced entertainment interactive system.”

According to the airframer, the CBJ is equipped with an auxiliary fuel tank to boost its range to maximum of 3,077nm (5,700km), about 50% greater than the type’s standard range of 1,810nm. The aircraft also has good high/hot performance.

Comac did not state whether the aircraft at Zhuhai has been earmarked for a customer.

For some years Comac has displayed models of the VIP-roled CBJ at domestic air shows. In June 2019, it displayed a model of the CBJ at the Paris Airshow – the first time the company promoted the CBJ overseas.

At Paris, Comac said the CBJ will seat between 12 and 29 passengers and “can be divided into individual zones and configured to customer’s requirements.”

After years of delays, the commercial version of the ARJ21 entered commercial service in 2016. Cirium fleets data indicates that there are about 57 in service with Chinese Airlines, of which Chengdu Airlines is the biggest operator with 24 examples.

In addition to the CBJ, Comac has also proposed a cargo version of the ARJ21.