Embraer closes in on Praetor 600 certification

Embraer's Praetor 600 has entered the final phase of its flight-test campaign, and remains on track to secure US type approval and enter service early in the second half of the year.

Certification testing of the super-midsize business jet was completed on 11 March, says the Brazilian airframer, with three aircraft – two prototypes and a production-conforming example – logging 440h across 372 flights at Embraer's Gaviao Peixoto test base. 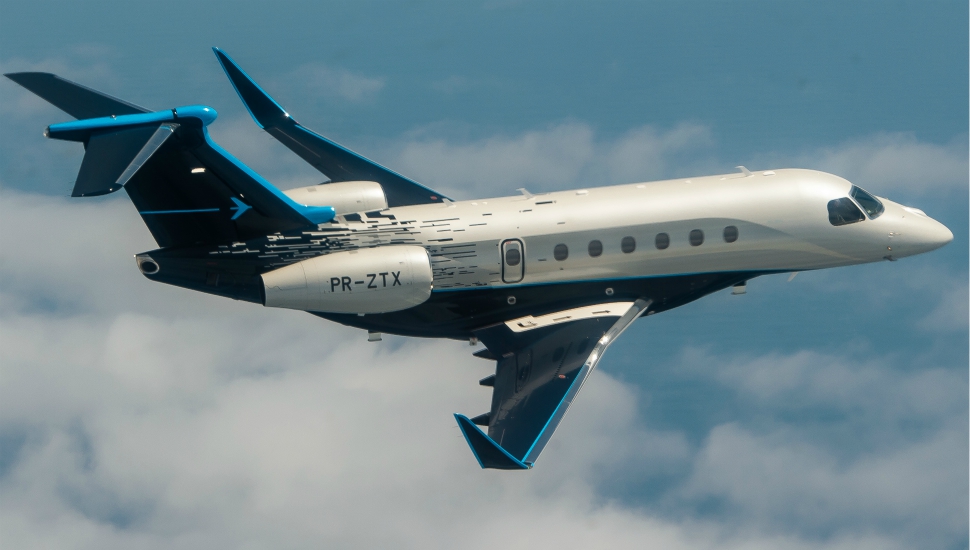 A maturity campaign – designed to ease the jet's entry into service – is now under way, and the production-conforming aircraft has so far accumulated around 30h of an expected 50h of flying, says Embraer.

The $21 million Praetor 600 was launched in October 2018 along with the smaller Praetor 500, which has logged 30h of flight testing in 18 sorties. Certification and service entry of the $17 million midsize aircraft are due in the third quarter.

Powered by Honeywell HTF7500E turbofans, the Praetors are derivatives of the Legacy 450 and 500 with which they share the same fuselage and wings, supplied by the company's metal and composites manufacturing facility in Evora, Portugal.

Improving on the capabilities of the Legacy 500, the Praetor 600 gains new winglets and two extra belly fuel tanks, while engine thrust has been increased by 500lb (2.2kN), taking range to 3,900nm (7,200km). That is 760nm more than the Legacy 500, and almost 300nm longer than its closest super-midsize competitor, the Gulfstream G280.

Additional fuel cells in the Praetor 500 wings help to deliver the longest range in the midsize sector at 3,250nm. The Praetors are the only midsize and super-midsize business jets with full fly-by-wire technology and active turbulence reduction, with the latter designed to give customers "the smoothest possible ride", says Embraer.

Both models will share an assembly line with the Legacy duo in Sao Jose dos Campos, and at Embraer's US business aviation manufacturing facility in Melbourne, Florida.

Embraer says its latest variants are "selling well", but the eight-passenger Praetor 600 is the top performer "with production sold out until mid-2020".

The company hopes that the success of the Praetors will help reverse several years of lacklustre output in the business aviation division. For the year ended 31 December 2018, Embraer delivered 91 Phenom, Legacy and Lineage 1000E twinjets – compared with 109 units in 2017 – missing its delivery target of 105-125 aircraft. Revenues declined by 26% during the period to $1.1 billion.