In what one general aviation (GA) lobby group calls “a stunning turnabout”, the Federal Aviation Administration has ruled that owners of certain types of aircraft and flight instructors who teach in those aircraft must obtain additional documentation for flight lessons.

The policy, to be published in the federal register on 12 July, is being criticised by flight-training industry as throwing more regulatory burden onto a sector that already faces a raft of rules.

The FAA will now require instructors who teach in “experimental-”, “primary-” and “limited-” category aircraft to obtain an exemption called a “letter of deviation authority” – or “LODA” – to conduct those instructional flights, according to an FAA “Notification of Policy”.

“Tens of thousands of rule-abiding warbird, homebuilt, vintage and other pilots and instructors are instantly out of compliance with the federal aviation regulations,” general aviation lobby group Experimental Aircraft Association (EAA) says of the regulatory shift. 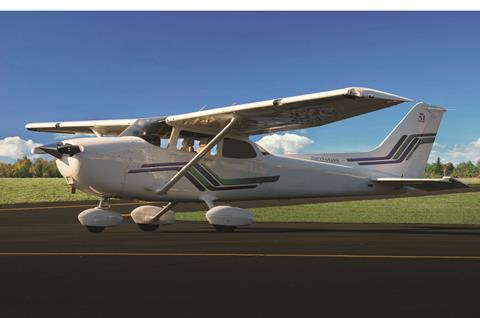 The guidance described in the document departs from long-standing interpretations of aviation regulations, which held that explicit written permission and documentation was not required for instruction in such aircraft.

The FAA calls the new requirement “an increased safety measure for pilots who regularly fly these aircraft”.

But the change angers some pilots and general aviation interest groups, who describe the move as another time-consuming and burdensome obstacle in an already over-regulated and expensive industry.

“This LODA/exemption process is not a permanent solution. It is cumbersome, can easily be taken away and is a solution to a non-existent problem,” says Jack Pelton, chief executive of EAA.

“Under no circumstances is a private individual who receives training in their own aircraft detrimental to safety,” he adds. “EAA will continue seeking a rule change or legislation to permanently restore the longstanding and common sense ‘facts on the ground’ for the GA community.”

The Aircraft Owners and Pilots Association (AOPA) adds that the new policy “raises more questions than it answers”.

“Worst of all, it does not further safety,” the organisation’s general counsel Justine Harrison says. “It creates unnecessary new hurdles for pilots seeking training, even in their own airplanes, where none existed before and makes teaching in certain aircraft more complicated for instructors.”

“This entire episode is a scary example of how new interpretations of the regulations can up-end the entire community,” EAA’s Pelton adds. “It never should have come to this point.”

EAA estimates the policy will create “more than 30,000 new LODAs and exemptions”, calling it “a paperwork exercise that does nothing to advance safety”.

The FAA’s new policy says, “Owners of experimental aircraft and flight instructors who have operated experimental aircraft for the purpose of compensated flight training without obtaining a LODA (as allowed by FAA guidance) will be required to obtain a LODA to remain compliant with the regulations”.

“That means, beginning on Monday it will be illegal to fly any instruction in experimental [aircraft]” without such an exemption, says David St George, executive director of the Society of Aviation and Flight Educators (SAFE).

“Experimental aircraft” include kit-built aircraft and those intended for testing new aerospace technologies and designs.

Similarly, instruction in “limited-category” aircraft – such as World War II-era vintage aircraft – and “primary-category” aircraft would also only be permitted with a LODA. The FAA defines “primary-category aircraft” as having a “simple design” and being intended “exclusively for pleasure and personal use”. They must be unpressurised, seat no more than four people and can include aircraft, gliders, rotorcraft and manned balloons up to 1,225kg (2,700lb).

SAFE’s St George estimates only about 400 ”limited-category” and 100 ”primary-category” aircraft are flying in the USA. Experimental aircraft will be most impacted, says St George, who estimates some 27,000 of those are in operation.

Aircraft most-commonly used for flight training, like Cessna 172s, are certified as “normal-” or “utility-” category aircraft and therefore are not subject to the policy.

The FAA adds it will ”consider adopting a fast-track exemption process for owners of limited-category and primary-category aircraft seeking to conduct flight training for compensation in these aircraft”.

Still, SAFE’s St George expects red tape. He has been fielding calls from part-time instructors who plan to quit because they are afraid of running afoul of FAA rules.

”That’s a very bad trend. You don’t want to be encouraging that. We need these people,” he adds.

The FAA’s policy stems from a case this year involving a Florida flight school called Warbird Adventures that was cited for offering training for compensation in vintage World-War-II era aircraft without having received specific FAA permission. After months of back-and-forth, a court sided with the FAA.

But in its 2 April order, the court used what aviation industry trade organisations have called “overly broad language”. That created confusion and uncertainty among flight instructors who regularly teach in these kinds of aircraft, and the aircraft owners.

On 4 June, the FAA confirmed it would align with the court’s April ruling, telling general aviation groups its current regulations prohibit instructors from providing training in these categories of aircraft without exemptions.

AOPA, EAA and other lobby organisations said in a letter to FAA administration Steve Dickson on 8 June that the determination could have “serious, negative implications on the broader flight training community”.

The court and FAA created “enormous confusion”, the letter read. The groups urged the FAA to issue a statement saying it “will not take legal enforcement action related to the proposed new policies to pilots and flight instructors until a satisfactory resolution has been reached”.

The FAA declined to do so, just as commercial aviation begins to again experience the effects of a pilot shortage, expected to become more severe in the coming years.