Cleveland-based Flexjet intends to merge with already listed firm Horizon Acquisition in the second quarter of 2023, emerging as a public company valued at $2.6 billion, it said on 11 October.

Flexjet says proceeds from the deal will leave it with capital needed to expand in the red-hot business aviation market. 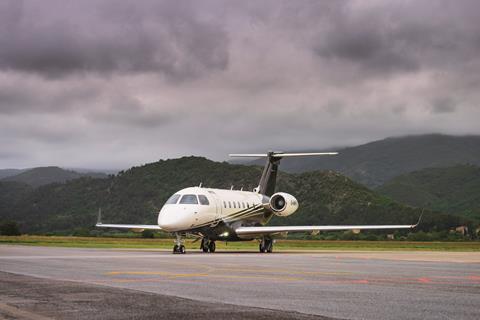 Flexjet operates a fractional aircraft ownership business and related enterprises, including an aircraft leasing division. Its fleet includes some 250 aircraft, including Bombardier Challengers, Gulfstream G450s and G650s, and Embraer Phenoms, Legacys and Praetors, according to Cirium fleets data.

The business aviation market has enjoyed unprecedented growth in recent years – a period characterised by broad economic expansion and easy access to cash.

“Having capital and currency will position us to expand market share at an accelerated pace in an opportunistic environment,” says Flexjet chair Kenneth Ricci. “We are making this decision at a time when we believe the marketplace is expanding at a more aggressive rate.”

Notably, Flexjet competitor Wheels Up became public by merging with a SPAC in 2021. Several developers of air taxis – Archer Aviation, Eve Air Mobility, Joby Aviation and Vertical Aerospace – pursued the SPAC route. Indeed, Eve went public through a merger with Zanite Acquisition – a business in which Ricci has a substantial interest.