Garmin has secured US certification for the G5000 upgrade on the Cessna Citation XLS and Excel business jets, and installation is now under way on the initial batch of superlight twins; European approval should be received within six months.

The modernisation programme was launched in October 2016, in partnership with Cessna's parent company, Textron Aviation. Two Excels were involved in the flight-test campaign, which was completed a few weeks ago, Garmin says. 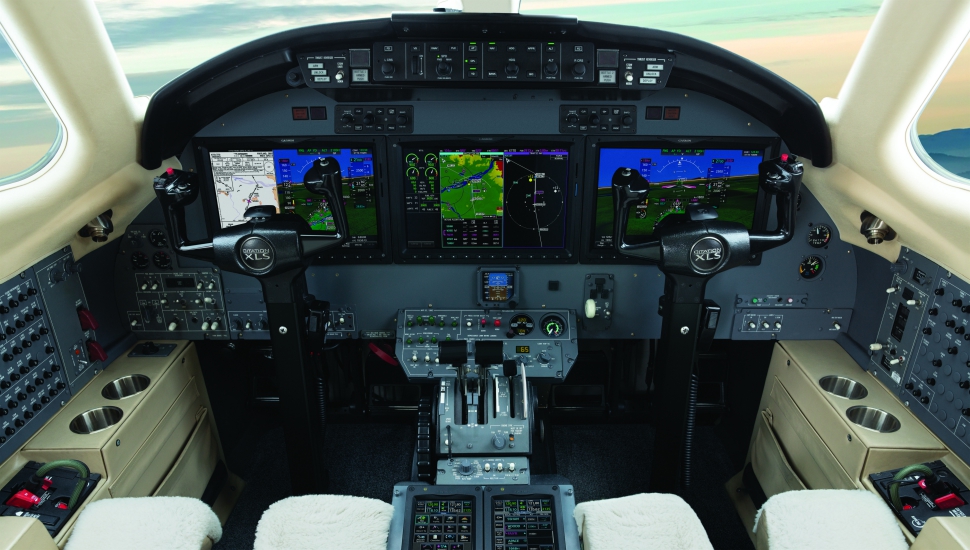 The project is designed to breathe new life into the XLS – the previous iteration of the in-production XLS+ – and its predecessor, the Excel.

The Excel arrived in 1998, with the XLS launching in 2004. Both feature the Honeywell Primus 1000 flightdeck. The combined operational fleet of the two earlier variants totals around 700 aircraft.

In its configuration for the Excel/XLS installation, the G5000 features three 14in displays that provide the flightcrew with technologies including synthetic vision, electronic charts, wide-area augmentation system/local performance with vertical guidance approaches, engine indication, and traffic collision avoidance system information.

The touchscreen flightdeck also meets automatic dependent surveillance – broadcast out requirements, which will become compulsory in the USA on 1 January 2020 and in Europe from 7 June 2020.

Olathe, Kansas-based Garmin says it has secured more than 50 orders for the upgrade, which is available from Textron Aviation's service centre network and at selected Garmin dealers. Prices start at $500,000, it adds.