Gulfstream has called time on the G150 business jet, due to struggling sales of its midsize offering.

In a statement issued on 28 September, the US airframer says it has sold the final unit, which will be delivered to its owner in mid-2017.

Gulfstream president Mark Burns says: “The G150 has had a distinguished history, spanning more than a decade, and it remains an important part of our business.” The latter reference concerns the company’s after-sales support venture, which will maintain the 120-strong global fleet of the type. 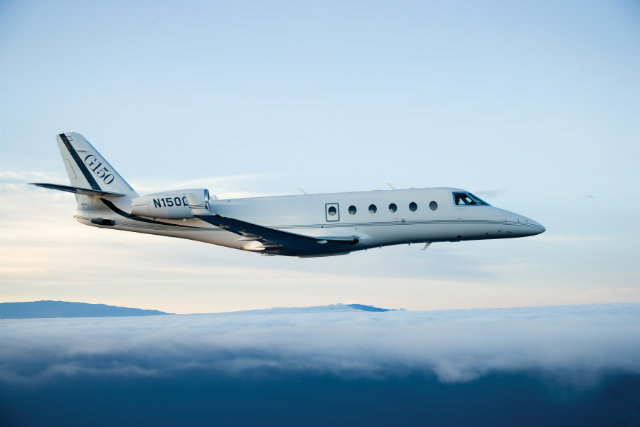 The 10-seat twinjet entered service in August 2006 as a replacement for the G100; formerly the Israel Aerospace Industries (IAI) Astra SPX. The programme was acquired by Gulfstream in 2001 as part of its acquisition of Galaxy Aerospace, which owned the type certificate.

IAI has continued to build the G150 at its factory in Tel Aviv and ship the aircraft to Gulfstream’s Dallas, Texas facility for completion.

The G150 has been hit by lacklustre sales and increased competition in the midsize sector from a flurry of upgraded and new-generation business jets, notably the Cessna Citation Sovereign+, X+ and Latitude and Embraer’s Legacy 500.

Gulfstream now has its sights on the top half of the business jet market with the super-midsize G280, also built by IAI, now the airframer’s entry-level product.

“Our long-range plan calls for a focus on the super-midsize and large-cabin markets,” Burns says. “We have an excellent mid-cabin offering in the G280. Since it entered service in late 2012, we have delivered nearly 100 of those aircraft, demonstrating the appeal of incorporating large-cabin-type capabilities into a super-midsize aircraft.”

Gulfstream now boasts seven models in its high-end line-up. These also include the in-development G500 and G600 large-cabin, long-range business jets – which are scheduled for service entry in 2018 and 2019, respectively – and the ultra-long-range G650ER.