Lockheed Martin began milling the first part for its X-59 Quiet Supersonic Technology test aircraft at its facility in Palmdale, California, after being selected earlier this year by NASA to design, build and flight test a Low Boom Flight Demonstrator.

Lockheed Martin says it plans to have the X-59 make its first flight in 2021, the company announced 16 November. Those tests will be used to collect response data from residents on the ground on the acceptability of the quieter sonic boom generated by the aircraft. Lockheed Martin would then use that information to help NASA establish an acceptable commercial supersonic noise standard to overturn current regulations banning supersonic travel over land. 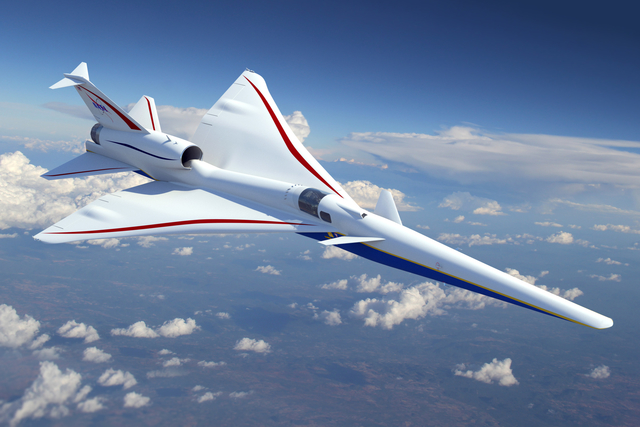 "The start of manufacturing on the project marks a great leap forward for the X-59 and the future of quiet supersonic commercial travel," says Peter Iosifidis, Low Boom Flight Demonstrator programme manager with Lockheed Martin Skunk Works in Palmdale, California. "The long, slender design of the aircraft is the key to achieving a low sonic boom.”

The X-59 is designed to cruise at 55,000ft at a speed of about 817kt (1,512km/h) or Mach 1.23, says Lockheed Martin. The company aims to eliminate the aircraft’s sonic boom, instead creating a sound about as loud as a car door closing, 75 Perceived Level decibel. Supersonic flights over the USA are currently banned by law due to the disturbances caused by sonic booms.

Lockheed Martin and NASA are not the only organisations pursuing supersonic commercial aviation. Business aviation start-ups Aerion, Boom Technology and Spike Aerospace are also designing aircraft. For its part, Boeing unveiled a hypersonic passenger airliner concept in June 2018 that it says it is seriously researching.