US start-up Next Future Transportation (NFT) has unveiled a one-sixth-scale model of its electric vertical take-off and landing (eVTOL) flying car, which it hopes will become leading player in the nascent urban air mobility (UAM) market and revolutionise point-to-point transport for many thousands of travellers.

Known as Aska, the project was launched in 2018 by husband and wife team Guy and Mika Kaplinsky. The pair hope to bring the vehicle to market by 2025. 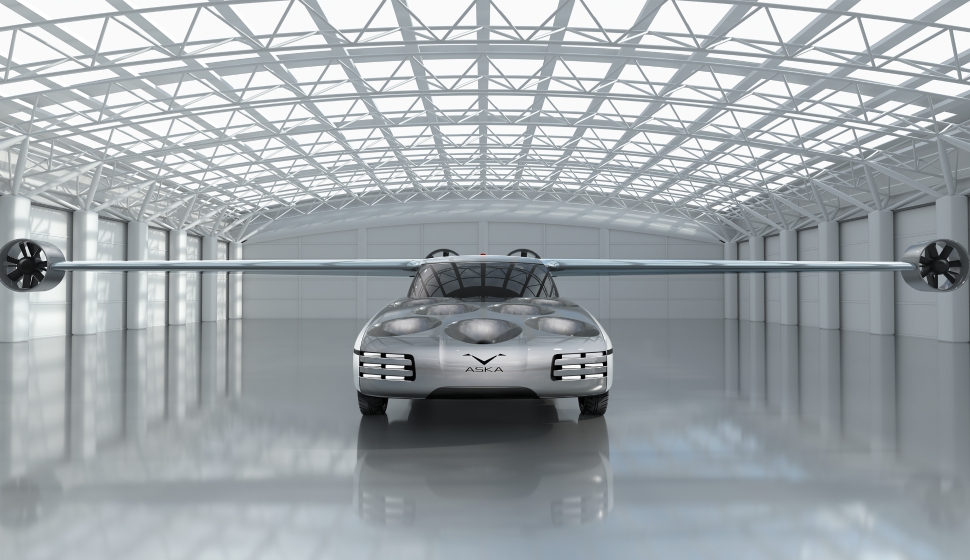 NFT took the wraps off the scale model on 11 June at the EcoMotion show in Tel Aviv, Israel – home to the company’s research and development centre – where it was seeking to raise awareness of the programme amongst potential customers, investors and partners.

The project has been self-funded to date, says Mika Kaplinsky – who is also chief executive of NFT – and around $50 million is needed in the first funding round to build and fly the initial full-scale prototype, an event scheduled for the first quarter of 2021.

“After that milestone, we will need to raise around $150 million to bring the Aska to market,” says Kaplinsky.

NFT, based in Mountain View, California, is developing software that will allow the three-seat Aska – Japanese for bird – to eventually fly autonomously, although Kaplinsky says it will initially be certificated with a pilot on board for "regulatory” reasons.

Described by NFT as “the brain of the product” the software is designed to sense and avoid obstacles and provide for “safe and worry-free flights”, says Kaplinsky.

The software will eventually be offered to other UAM-aircraft developers. “We will demonstrate the system on the half-scale Aska, which we plan to fly in the first quarter of 2020,” says Kaplinsky. 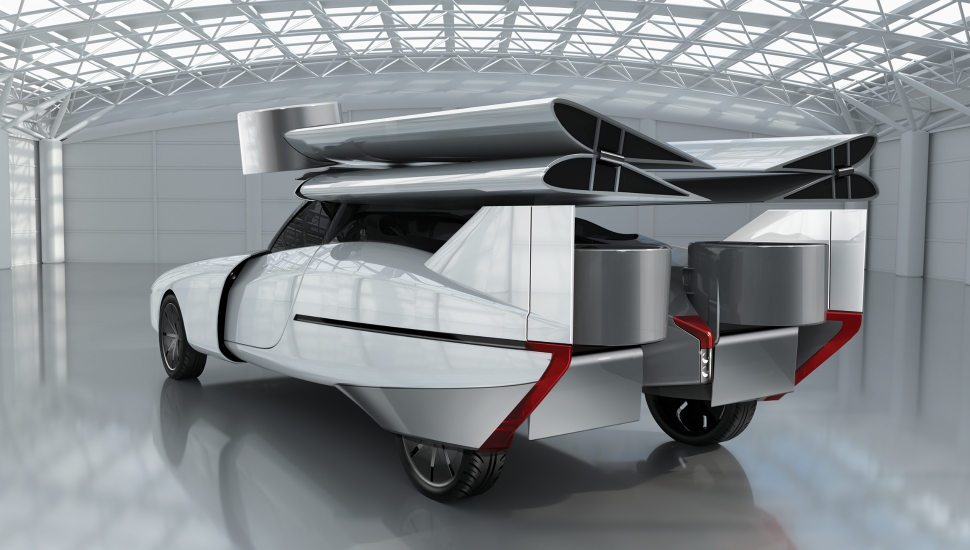 The Aska's main advantage is that it can open its wings and fly to landing sites measuring 20m (65ft) x 20m. “It’s a double transportation – able to ride the roads and literally fly to escape traffic jams,” Kaplinsky adds. “The Aska offers the comfort of all-in-one, door-to-door travel without the need to change from a car to an air taxi. We expect extraordinary market demand."

Powered by 14 ducted electric fans – including two tilting units each at the rear and on the wing – the Aska can take off and land vertically and then transition to a horizontal cruise phase.

“For landing, the wings help the Aska to slowly glide in circles toward a landing zone,” says Kaplinsky.

With full batteries, the Aska is projected to have a maximum range of 300nm (560km) with one passenger and 130nm with three. The projected maximum speed is around 300kt (555km/h).

Early models of the all-composite Aska will be priced at around $200,000, but NFT expects the cost to fall significantly as demand escalates and the fleet grows.

A key market for the flying car is owner-flyers, but NFT is planning to widen the Aska's appeal through the introduction of a subscription-based, on-demand model where customers can use the vehicle whenever they need it. “Owners could also create a revenue stream by putting their Aska into the fleet when they are not using it,” says Kaplinsky.

“Our main goal is to create something that everyone can afford,” she adds.

NFT is now holding discussions with automotive companies to manufacture the Aska.

"We aren't in the business of building aircraft, so we are looking for partners who can mass-produce the product to a very high standard," says Kaplinsky.