XTI Aircraft flew a 65% scale prototype of its TriFan 600 on 8 May, marking a major milestone in the development of the vertical take-off and landing (VTOL) business aircraft.

The TriFan completed "multiple take-offs, hovers and landings", from Placerville airport in northern California, where the model was built, says XTI. The sorties were designed to test and validate the electric motors, battery power system, propulsion, flight controls, other electrical systems and instrumentation.

"I am very pleased with the performance of the prototype," says XTI chief executive Robert LaBelle. "We ran it for several hours over the course of two days and had no failures. The batteries and electrics performed well and there was plenty of power available." 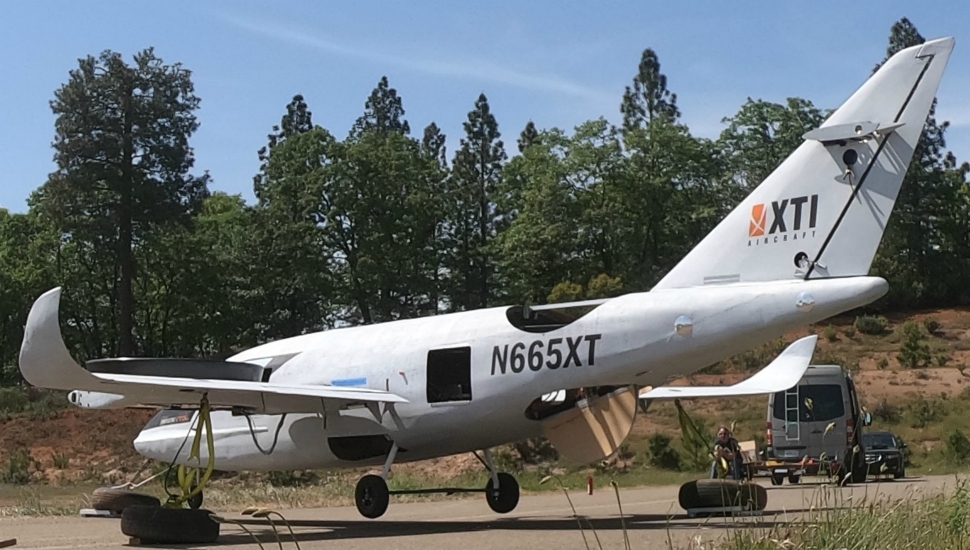 LaBelle describes the first flight as "the moment the entire XTI team, our investors, customers, and many others have been waiting for and working towards".

In one year, the Denver-based start-up has progressed from conceptual design to a flying prototype, he adds.

XTI says the prototype was on a short tether during the tests because of its airport location, but will soon transfer to an undisclosed test facility in Utah, which is authorised for unmanned air vehicle operations, "where it will be untethered in hover".

The next series of evaluations – which are expected to take four to six months – will also test the VTOL aircraft in forward, wing-borne flight, and demonstrate transition between vertical to horizontal flight.

LaBelle says work will begin within a year on building the first full-scale prototype, which it plans to fly at the end of 2020.

XTI has secured reservations for 77 aircraft to date, which LaBelle says represents $500 million of future revenue. 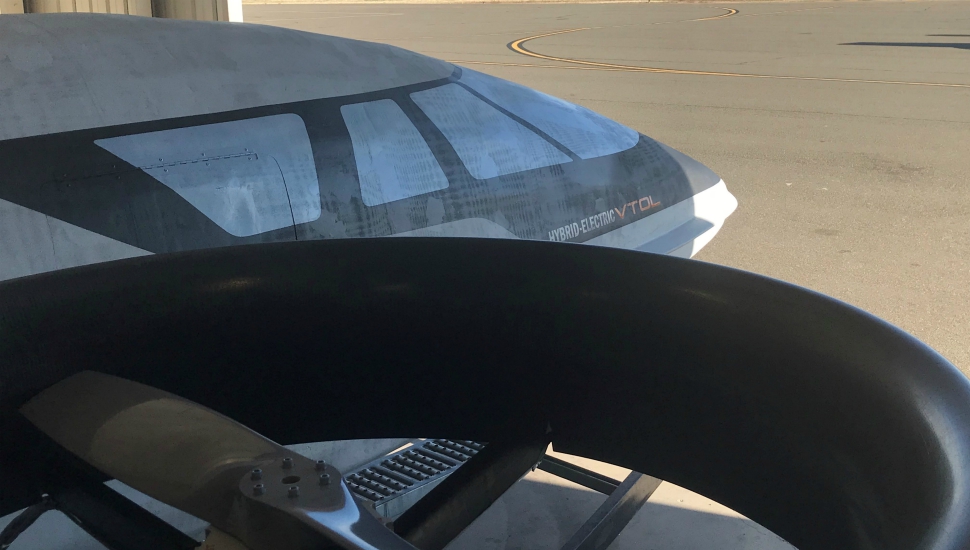 The start-up is seeking to raise $25 million through another funding round, which was launched in September 2018; a future third effort will seek to raise $75 million. XTI forecasts the total cost of bringing the TriFan to market at $175 million.

Launched in 2013, the TriFan combines the "speed, range and comfort" of a luxury business aircraft with the take-off and landing capability of a helicopter. The propulsion system uses three ducted fans, each driven by two battery-powered electric motors. The entire system is powered by a single Honeywell HTS900 turboshaft.