Bombardier, Cessna, Dassault and Gulfstream may not be watching their backs just yet, but a UK start-up has unveiled plans at the show for the world’s first vertical take-off and landing business aircraft.

The, three-engine, hybrid-electric, 10-seat Starling Jet will have a range of up to 1,300nm (2,400km) and is the brainchild of British “serial entrepreneur” Seyed Mohseni, whose team at Cranfield-based Samad Aerospace has been working on the project for six years.

Although the aircraft on display at the show is a hand-held model, Mohseni is confident that the company can fly a full-scale technical demonstrator by March next year and have an aircraft certificated by 2024. 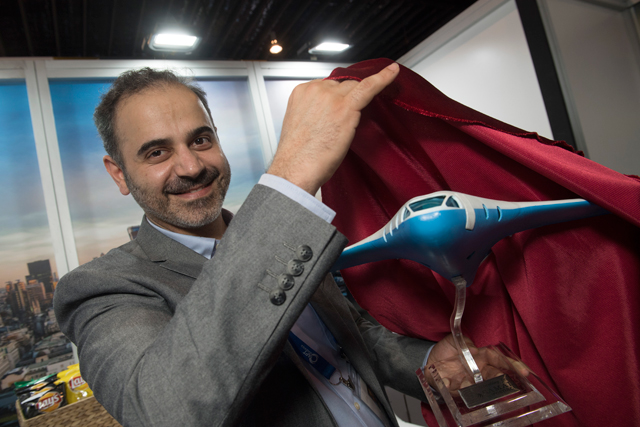 Samad has not selected an engine provider but is talking to “two US manufacturers as well as Rolls-Royce”, says Mohseni.

Revealing the model – which has two engines mounted on either side of the blended-wing upper fuselage, and a third between a V-tail – at the show yesterday, Mohseni said the company was keen to talk to potential technology partners in Asia.