US start-up Stratos Aircraft will open the orderbook for its 716 very light jet at the AirVenture show in Oshkosh in July, where a full-scale cabin mock-up of the single-engined, six-seater will also be displayed for the first time.

"It is a great baseline [test] aircraft and we will continue to fly it as long as necessary," says Stratos chief technology officer Carsten Sundin. 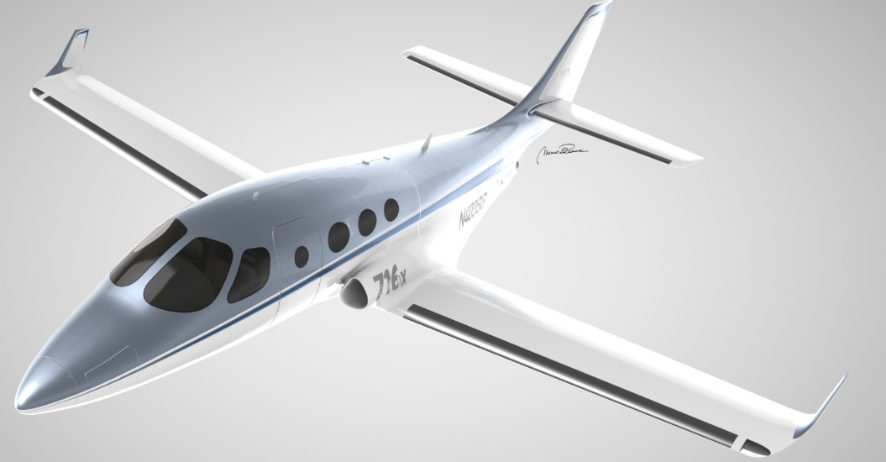 He says the 716 programme is making "steady progress". Load testing of the wing, horizontal stabiliser, landing gear and flaps is complete, and Stratos is now building the fuselage for the ground-test article and first flying prototype, which is scheduled to make its maiden sortie in the fourth quarter of this year.

Sundin says the company has spent "some time" developing a method to co-cure the 716's pressure vessel, which is now one part and requires no secondary bonding. "This joining method has the advantage of eliminating most critical joints, and making the structure stronger, safer and more resilient," he says.

Stratos has also embarked on a weight-reduction programme to increase the 716's payload and range.

"By optimising structures, switching to lighter-weight materials, and simplifying systems, the empty weight will be significantly less than our POC 714," says Sundin. For example, the internal wing structure is now all-carbon rather than using E-glass fibre and traditional lead-acid batteries have been replaced by lithium-ion units, he explains.

The first batch of 716s will be produced as kit aircraft, branded the 716X. This approach, Sundin says, will allow the company to "fine-tune" the product before it embarks on the US Federal Aviation Administration FAR Part 23 type certification campaign.

"We have no specific number of kit aircraft in mind as it depends on when we officially begin the certification effort," says Sundin. "It will be a limited number, however, and we will be working closely with early 716X owners to gather feedback on the aircraft's design and performance."

Stratos is "sufficiently funded internally" to bring the 716X to market, Sundin says, but the capital required for the Part 23 version will be greater "by an order of magnitude".

"Our goal is to have something close to the final product before we seek outside investment and embark on the certification campaign," says Sundin. "This should help to reduce some of the costs."