Textron Aviation turned a $584 million profit in 2022, a year in which parts shortages held up production even as demand for new business aircraft remained strong.

“A number of suppliers… are getting better. But you always have some out there that are still struggling,” Textron chief executive Scott Donnelly said on 25 January. “There are still going to be supply chain challenges” through 2023.

His comments came the day Textron, which owns Textron Aviation, reported its 2022 financial results. Textron Aviation’s $584 million 2022 profit is 54% more than its $378 million profit in 2021. 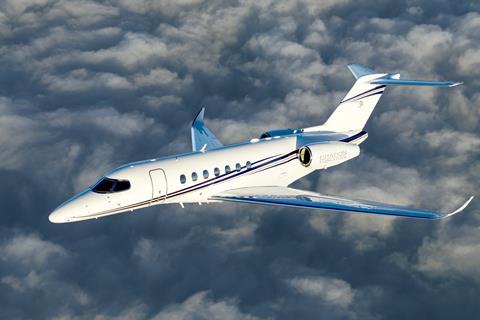 The aviation group, which includes Cessna and Beechcraft, generated $5.1 billion in revenue last year, up 11% year-on-year.

Textron Aviation has responded by “swapping parts around” and operating production lines “out of sequence” – tweaks that negatively impact productivity and inflate costs.

Textron Aviation in 2022 delivered 178 Cessna business jets and 71 Cessna Caravans, up from 167 jets and 54 Caravans in 2021. Also in 2022, the company delivered its first Cessna SkyCourier turboprop, handing over a total six of the type last year.

In recent months, reports have indicated that business aircraft sales have slowed from historic highs during the previous several years.

But that trend has not impacted Textron Aviation, Donnelly says. “We haven’t seen a material change… in order activity.”