XTI opens next funding round for TriFan 600

US start-up XTI Aircraft has launched the next round of funding for its TriFan 600 ducted-fan, vertical take-off and landing (VTOL) business aircraft, as it prepares to fly a 60% scale model of the six-seat type in October.

Around $4 million in finance has been drawn to date from XTI founder and chairman David Brody, private equity investors and crowd-funding stakeholders.

“We are now hoping to raise about $25 million to fund development of a full-scale prototype and to procure parts and materials for the second aircraft,” says XTI chief executive Robert LaBelle.

The Denver, Colorado-based company is now in talks with private investors and undisclosed “large aerospace companies” that are interested in establishing strategic partnerships in the programme.

“We hope to close this funding round by year-end, and fly the initial full-scale TriFan in the second half of 2020,” says LaBelle. Two more funding rounds are planned in 2020 and 2021, which should raise sufficient capital to complete development and bring the TriFan to market in 2022.

LaBelle describes the aircraft’s progress as “extraordinary”. XTI completed the TriFan’s preliminary design review in June, seven months after its launch, and the company is now poised to fly the scale model. “We have demonstrated to our investors that we can execute on an aggressive schedule,” says LaBelle. 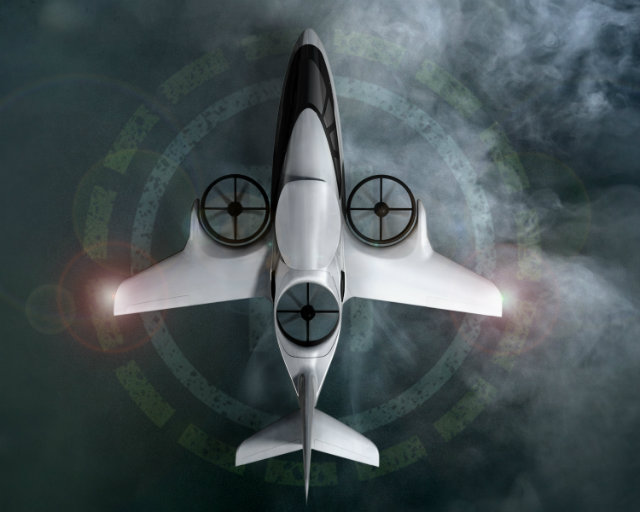 The 60% scale model has been built in an undisclosed location, where initial testing will also be performed. “We will do hover checks in October, and then move the aircraft in November to an authorised testing site for unmanned vehicles,” says LaBelle.

Here it will undergo aerodynamic testing and demonstrate transitions from vertical to horizontal flight. The data from these evaluations will be incorporated into the design of the full-scale prototype.

LaBelle points out that the scale model will be electrically driven, as the hybrid-electric system – which is being developed in partnership with Bye Aerospace – is still in its critical design phase. “We plan to freeze this design in around six months,” he says.

This aircraft is designed to be extremely cost-efficient, says LaBelle. With a projected range of around 1,200nm (2,220km) it can perform long-range missions, “not just urban transport, which many of the eVTOL programmes currently in development are focused on”.

XTI has secured 64 orders for the TriFan to date from customers in Australia, Brazil, Europe, India, Japan, the UAE and the USA. Another sale will be announced later this month, says LaBelle. “We need to get the TriFan out there as we have customers waiting.”