Training service provider CAE will take delivery of two Grob Aircraft G120TP single-engine turboprops next month as it begins standing up a new fixed-wing Beechcraft C-12 pilot training school at Dothan Regional Airport in Alabama for the US Army and Air Force.

The popular twin-seat training version of the G120A first flew in 2010 and has since picked up some seven military customers around the global, most recently the US via the army’s initial-entry fixed-wing flight training competition in 2015, in which CAE unseated 30-year incumbent FlightSafety International to graduate military C-12 pilots. 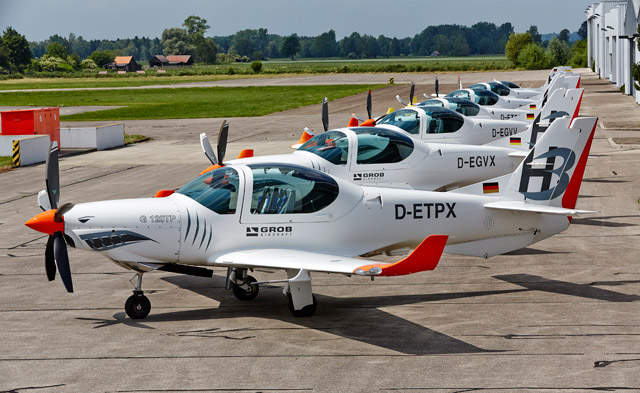 The German Grob will fulfill all “Stage 1” training activities before students move into the King Air-based C-12, and its familiar stick control and digital cockpit are expected to ease army pilots’ transition from stick-based helicopters to fixed-wing flying. Most land force students will have previously flown the Sikorsky UH-60 Black Hawk, Boeing AH-64 Apache, CH-47 Chinook or the Airbus Helicopters UH-72 Lakota. USAF students on the special-mission King Air career path have typically already flown the T-6A Texan II and can skip the Grob training phase.

In March, CAE was given the go-ahead to begin standing up its 6,970m² (75,000ft²) facility in Dale County, despite legal manoeuvring by FlightSafety against the army’s pick.

The seven-year contract is worth as much as $200 million if all options are exercised, says CAE. Approximately 600 initial and recurrent training students will pass through the schoolhouse each year.

The first of 10 government-provided C-12Us will be available in August after being life-extended and updated with glass cockpits. Maintained by L-3 Communications, the C-12Us will replace the current fleet of C-12C/Ds supported by FlightSafety. 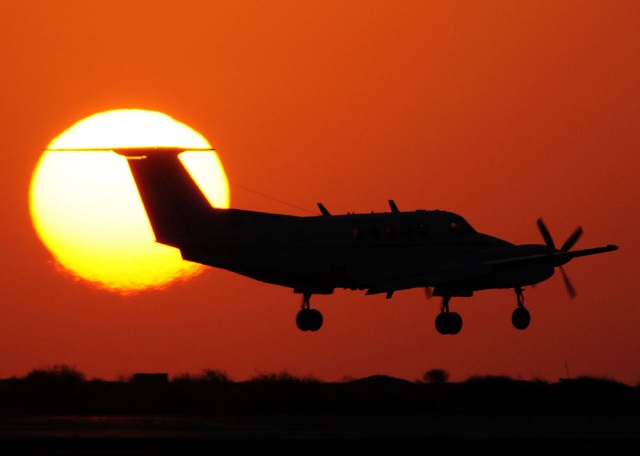 Duquette played up CAE’s “adaptive learning environment” in which it uses data and video footage recorded in the flight simulators and aircraft to continually improve the syllabus and even tailor learning depending on individual student needs, as opposed to set-in-stone curriculum that the military is accustomed to.

“This could be cost-effective and more efficient over time," says Duquette. "We do have it already, especially in the civil world, but the military world has always been used to standardisation.”

“We’ve been offering this solution for the last three years, and it’s exciting for the customer to have more advanced training and now we can actually implement that for them and really give them the training they deserve."