Calls for Pentagon to raise combat-coded bomber count to 160

Air power advocates in Washington have called for the Pentagon to consider building to a force of 150 to 160 mission-ready heavy bombers before the Boeing B-1 and B-52 retire in 2045.

According to estimates presented in a new report by the Mitchell Institute, America would need to muster 258 heavy bombers to succeed in a large-scale conflict with Russia if 50% of the targets in 180 days of campaigning were assigned to long-range bombers.

Using the same calculations, 103 bombers would be needed to strike 40% of an estimated 81,925 potential targets in Iran over 60 days. Sixty bombers could be needed to win against North Korea, the report states.

The analysis by former USAF strategic plans and programs chief Michael Moeller comes as the US air force embarks on a major recapitalisation of its outdated bomber inventory through the $80 billion Long-Range Strike Bomber programme – awarded to Northrop Grumman in October. 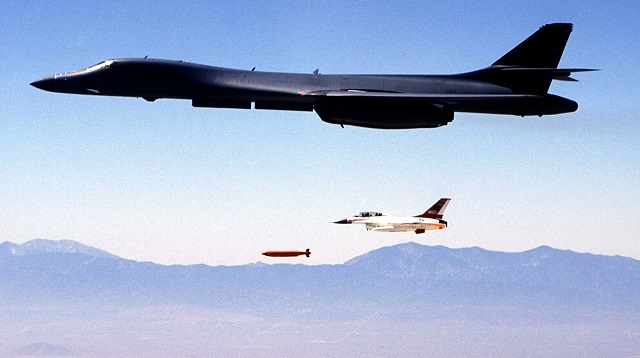 Moeller, who details his analysis in his report published this week, contends that the quantities of bombers procured should be strategy-driven and not solely influenced by tight budgets.

He believes the service needs to buy “a minimum of 100” LRB-B weapon systems, but the total bomber force should be nearer to 200 to sustain 150 to 160 combat-coded aircraft.

Seven DOD bomber force structure examinations since the Air Force White Paper in 1992 established various optimal inventory numbers, but since 2001 the requirement has been for 157 bombers, sustaining a combat-ready force of 96. A large percentage must always be set aside for depot maintenance, training and testing, Moeller says.

Moeller says based large-scale mission planning from operations like Desert Storm and Allied Force in the 1990s, the DOD must consider acquiring 200 advanced bombers to achieve current US national security strategy objectives.

“The analysis affirms the necessity of maintaining a force of 200 advanced bombers, providing an operational force of 150 to 160 aircraft to give national leaders the nuclear and conventional air-breathing power projection option to deter or defeat any foe,” he writes. “A modernised bomber force of 200 aircraft will sustain America’s asymmetric advantage in long-range precision strike for decades to come.” 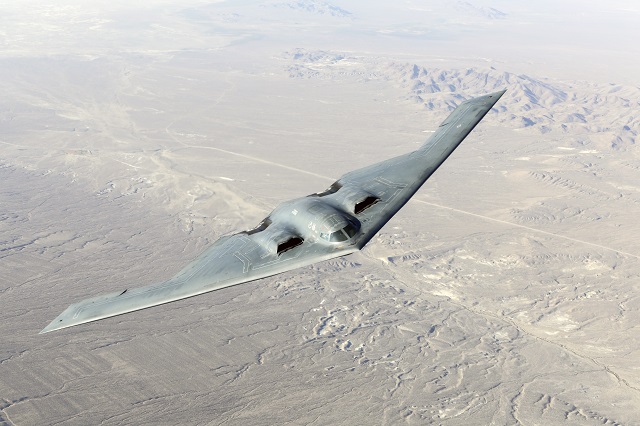 The DOD originally wanted 132 Northrop B-2As, but after the Cold War ended production was slowly and painfully culled to just 21.