Lockheed Martin (booth 437) has begun selling its Indago small unmanned air vehicle (UAV) to US agricultural customers, despite the prevailing climate of regulatory uncertainty surrounding their commercial use.

The firm's Procerus Technologies division has partnered with Minnesota-based ForthWing Sensors to market Indago, a 2.2kg (4.9lb) quadcopter, to US farmers.

Procerus recently completed development of Indago, which uses the company’s Kestrel Autopilot, and it has now entered production.

ForthWing has already sold all its Indago systems - and other UAVs - that were available for this growing season, says Brian Bills, flight operations lead at Procerus. 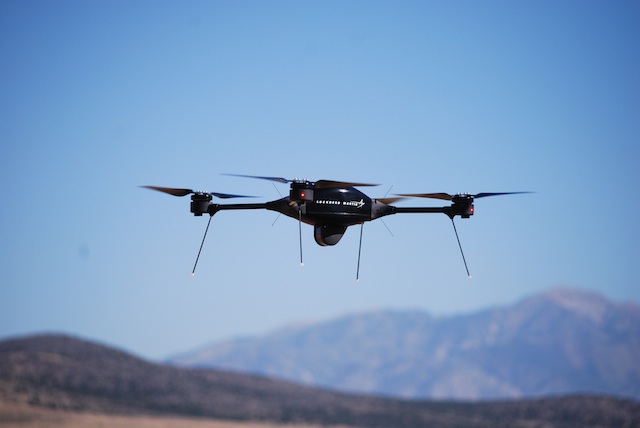 He adds that upgrades made by next season will allow famers to use multi-spectral imaging to monitor parasite infestations and possible effects of drought.

The sales follow a 2013 FAA statement in which the agency said “farmers may operate an unmanned aircraft over their own property for person use,” according to reports.

That may be true, but the agency has repeatedly insisted that commercial use of unmanned air systems is prohibited unless the user receives an airworthiness certificate.

The FAA, which is charged by Congress with integrating UAVs into US airspace, is expected to release proposal rules for small UAVs later this year. In the meantime, the agency says it is considering allowing "low risk" uses of UAVs in advance of the rule.

In addition to working with ForthWing Solutions, Lockheed has also partnered with Detroit Aircraft Company.

Together, the companies are pursuing sales of Lockheed’s systems to public agencies in the Detroit area, including fire and law enforcement departments and public safety and utility agencies, says Bills.