UAV Solutions is showcasing three new fixed-wing platforms for the first time at AUVSI - Sidewinder, Intruder and Talon 120LE - targeted at both the military and commercial markets.

“We’ve taken our knowledge of what we know from the [Department of Defense] side to the commercial side,” says CEO and chief engineer, Bill Davidson. He claims that its new products, particularly the new Talon 120L, offer around 90-95% of the capability of rival high-end systems.

Talon is a hand-launched UAV, designed from “the ground up” for commercial applications, although Davidson notes that it is also attracting military interest.

Developed some 12 months ago, UAV Solutions is gaining interest from agricultural and research users, he says. A key selling point is the fact that it is an open-source system, allowing the user to modify both hardware and software to tailor it to their exact requirements.

It boasts endurance of 2.5h and integrates its Dragon View stabilised electro-optical/infrared sensor – a payload that was originally developed by the company for a Department of Homeland Security requirement seeking a UAV and gimballed payload package costing less than $30,000. 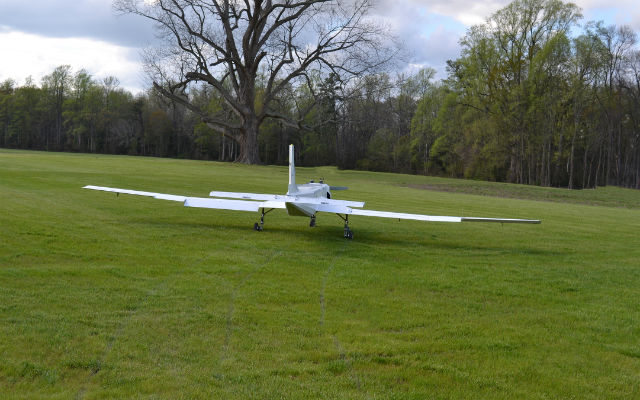 The new Sidewinder UAV, which has already been test flown, meanwhile, is a high-altitude system that can fly at some 25,000-30,000ft with a 2-3h endurance.

UAV Solutions is considering adding external fuel tanks to the vehicle to double its endurance to 5h, which will also increase any military interest in the system.

And the third new offering is the Intruder, which has the capacity for a 100lb (45kg) multi-intelligence payload, including satellite communications, signals and communications intelligence, and visual capabilities.

Airspace restrictions on larger UAVs mean that there is unlikely to be a commercial application for the Intruder in the USA for the time being, Davidson says, but international civil sales might be possible.

Intruder is touted as fitting somewhere between the General Atomics Aeronautical Systems MQ-9 Reaper and Textron Systems RQ-7 Shadow in terms of size and capability.