The rising cost of providing navigation equipment for airline pilots, and the parallel demand for cheaper airfares, will inevitably lead to piloted flight being obsolete in 40 years’ time, a defence consultant has argued.

Although pilotless commercial flight is arguably some years away, given technological and airspace restrictions, the demand to carry more passengers at lower costs will ultimately drive the removal of pilots from cockpits, Tom Captain, US aerospace and defence lead at Deloitte, told the Royal Aeronautical Society’s 150th anniversary pilot debate on 12 January.

“The cost of the kit in the front of the aeroplane is astronomical, and we are demanding cheaper airfares,” he says. Labour is another major cost, he says, “and pilots are a big part of that”.

However, Chris Browne, chief operating officer of TUI Group, argues that while low fares are important, safety is a key concern for customers who are unlikely to trust a pilotless passenger aircraft.

“Technology is great and has brought us huge advances in aviation over the years,” she says. “Despite how wonderful both aircraft and engines are, I have been very glad to have expert pilots at the helm to manage the machine safely when things went wrong.”

Although pilots are fallible, she says, their actions can still save a stricken aircraft. “We need to measure today how many times pilots save an airplane and how often pilots make an error that their absence would have avoided,” she says. “If we get to a situation where there were lots of errors and only one save, would it be worth abandoning that save?” 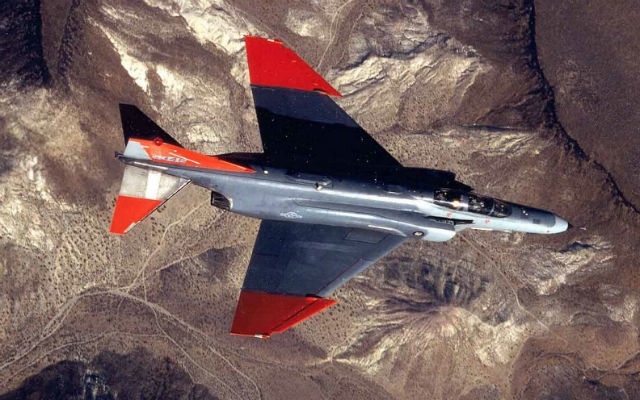 Captain adds, technologies incorporated into unmanned aircraft are already available, such as automatic take-off and landing, and “automatic flying has been done for a long time”.

One military example is the US Air Force's BAE Systems QF-4 Phantom target: “The [McDonnell Douglas] F-4 Phantom is a Vietnam-era plane and it is now flying without a pilot for target practice,” adds Captain.

“The future is now, and this is going to happen because it is happening, but there are some challenges such as getting the trust of the flying public,” Captain adds.