Kuala Lumpur is again showing signs of addressing its urgent maritime surveillance shortcomings, with an apparent requirement for medium altitude, long endurance UAVs to keep an eye on its oceanic frontier.

A request for information for the UAV requirement was issued in late December and called for responses by February. Potential competitors include the General Atomics MQ-9B Guardian, Turkish Aerospace Anka, AVIC Wing Loong II, and CASC CH-5.

Malaysia, which has little experience operating unmanned aircraft, is at a very preliminary stage in its thinking, with the RFI apparently quite vague on specifics. A request for proposals, when and if it comes, is expected to draw greatly on RFI responses. 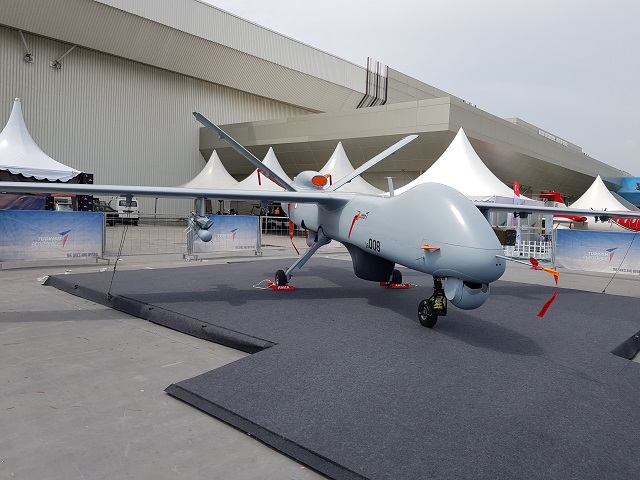 Initially three units could be procured, with six to follow in a subsequent acquisition.

The initial requirement calls for the aircraft to operate as a sensor platform with radar and an electro-optical/infrared sensors. Weapons do not seem to be an immediate priority, but Kuala Lumpur apparently wants the option of adding them if necessary.

AVIC displayed a mock-up of the Wing Loong II, surrounded by missiles, and Turkish Aerospace displayed an Anka mock-up. A USAF MQ-9A appeared in the static park, having been flown to the show by a Boeing C-17.

Warren Ludwig, who heads business development for General Atomics in the region, says the MQ-9B is a strong choice given that it was developed with civilian certification in mind, which should see regulators more willing to let it operate in civilian airspace. He highlighted the type’s sense-and-avoid capabilities based on air-to-air radar, bringing addition protection beyond TCAS (traffic collision avoidance system).

Errol Oguz, manager for UAS programmes and business development at Turkish Aerospace, noted that the Anka has served with all branches of Turkey’s armed forces, including service over the Eastern Mediterranean region. The company offers a high degree of industrial participation through its partnership with local firm Deftech. 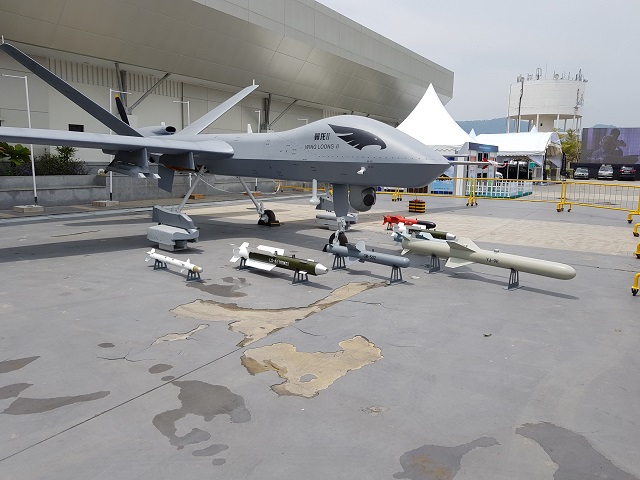 Chinese state arms exporter CATIC was at the show, but representatives were unavailable to discuss the UAV procurement. It is not clear if the Wing Loong II or CH-5 have seen much usage in the maritime surveillance mission.

Although Malaysia is a maritime nation with significant offshore economic and security interests, its maritime surveillance capability is limited to three Beechcraft King Airs, of which only one is operational.

The previous government of Najib Razak had requirements for both a high-end maritime patrol aircraft and a smaller aircraft focused on the littoral security and search and rescue missions. The first was to be operated by the Royal Malaysian Air Force and the second the Maritime Surveillance Agency.