MoD reveals Reaper derivative will be chosen for Protector

The UK Ministry of Defence has confirmed that the unmanned air vehicle that it plans to acquire under its recently-announced Protector effort will be a derivative of the General Atomics Aeronautical Systems MQ-9 Reaper that the Royal Air Force operates.

While the specific configuration that it will acquire is not yet known, the MoD confirmed to the Royal Aeronautical Society’s president’s conference that it will be a new version of the Reaper.

Details of Protector – the new name for what was previously known as Scavenger – were revealed by UK Prime Minister David Cameron in early October, but he did not say which UAV it would be.

However Air Cdre Peter Grinstead, head of UK unmanned air systems at the MoD, has revealed that a new Reaper will be selected, although more details on the exact configuration are not expected until a Main Gate decision is made in March.

“The programme we are running... a decision will not be made until March,” he says. “It will be an upgrade of the Reaper Block 1 with extra capability.”

The RAF currently operates the Block 1 variant of the Reaper, but the UAVs that are coming off General Atomics’ production line are in the Block 5 configuration. The UK could either choose to acquire the Block 5 Reaper or choose the certifiable Predator B that the company is nearing the development of. 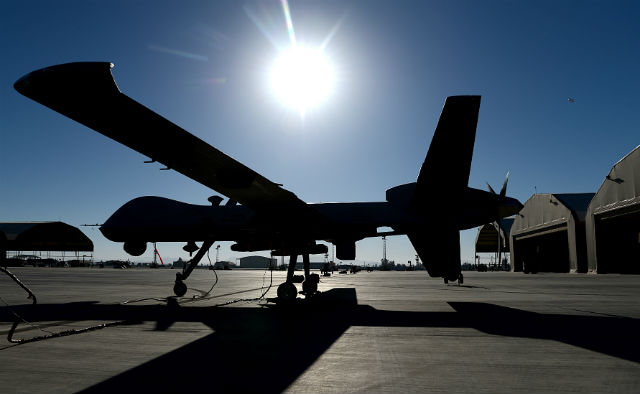 If the UK opts for the Block 5, it benefits from having a system that is available now, but as Protector is not expected to be fielded until the 2020 timeframe, it could opt for the certifiable system that will be ready in line with that target.

Protector will see “at least 20” UAVs procured, with all being new aircraft. It is unknown what lies ahead for the ten Reapers that the RAF currently operates, but the older examples of the system, that were first fielded in 2007, are approaching the end of their operational lifespan.

A new sonobuoy-launch capability for the Predator B was introduced at the end of September, which could be offered to the UK as an option for its Protector requirement.