Tekever has introduced the AR3 Net Ray unmanned air vehicle, which is currently undergoing testing with a number of Portuguese government agencies.

Since October the surveillance UAV has been trialled with the Portuguese National Republican Guard, that has used it to monitor a park in north Portugal to survey for illegal poaching and fires.

“We have a partnership with the national guard to trial it for a long period to see if it works as a system,” Ricardo Mendes, chief operating officer at Tekever, tells Flight Daily News, and adds that this is expected to continue over the coming months until fire season in Portugal is over. 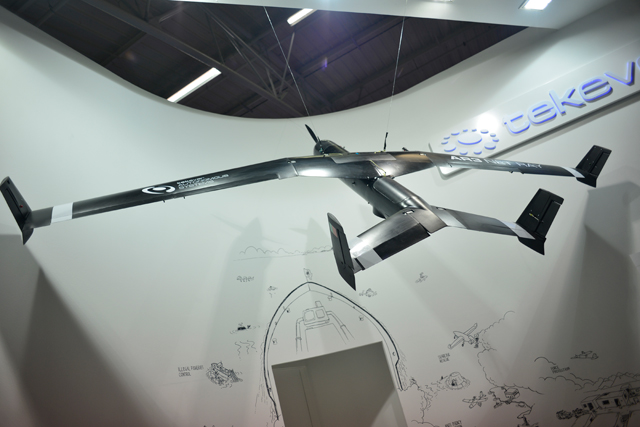 The Portuguese navy is also testing the Net Ray - which is able to operate from vessels - and it has been operated by the navy in Africa under NATO operations.

The navy testing also extends to the Frontex programme, an EU programme that aims to control and monitor illegal immigration by sea, and the subsequent incidents that happen as a result of this when boats capsize.

The combustion engine-powered Net Ray has a 10h endurance and weighs 14kg including a 4-5kg gimballed electro-optical payload, although this can be traded for extra fuel.

It is catapult-launched on a free standing launcher, but this can be integrated onto a ship for at sea operations, and Mendes says the company is exploring integrating the command and control into ship-based systems.

It is net-recovered at present, but Tekever is also looking at other recovery options.