Russia's federal national guard is due to receive a new fixed-wing unmanned air vehicle from Zala Aero, which will be delivered to the body in early 2017.

The 16E5 is in the final stages of factory testing, which is due to be completed by the end of 2016, and will be evaluated by the national guard next year,state-owned holding company Rostec says.

With a 5m (16.4ft) wingspan, the UAV is compact enough not to require a runway, and is instead catapult-launched, Rostec says. It has a 16h endurance at a range of 81nm (150km), and will be used to carry out persistent surveillance. It can carry a day/night camera and a thermal imager, and can transfer itself back to base in the event of loss of communications, all while maintaining a low radar frequency signature, it adds.

Testing has so far led to a number of improvements being incorporated into the system, including the replacement of the original motor with a combustion engine, which has increased maximum speed and flight duration. 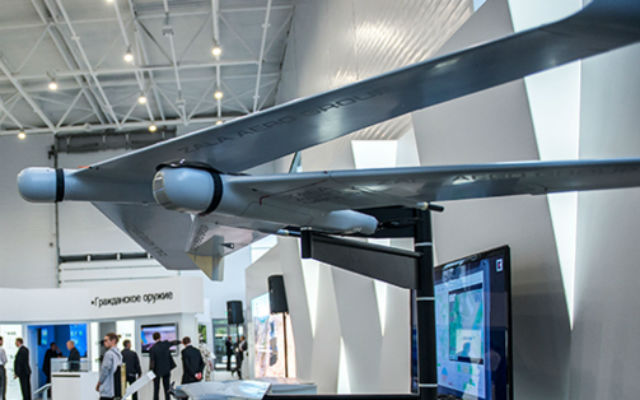 Zala Aero became a division of Kalashnikov in 2015, in what was a notable branching out for the ubiquitous assault rifle manufacturer. Rostec has a 51% share in Kalashnikov, with the rest owned by private investors.

The company provides a number of UAVs and tethered aerostats, which were previously largely associated with disaster relief and humanitarian applications such as firefighting, pipeline monitoring, flood surveillance, andagricultural mapping.