ThunderB UAV shot down over Nagorno-Karabakh

An Israeli-made unmanned air vehicle operated by Azerbaijan was shot down in early April over the Nagorno-Karabakh region of the South Caucasus.

The incident is part of the renewed military conflict between Armenian and Azerbaijani forces, which saw a BlueBird ThunderB UAV operated by the latter shot down during the conflict.

The defence ministry of the self-proclaimed separatist state of Nagorno-Karabakh published photos (see below) of the ThunderB that was shot down, which show the UAV after it had been grounded. 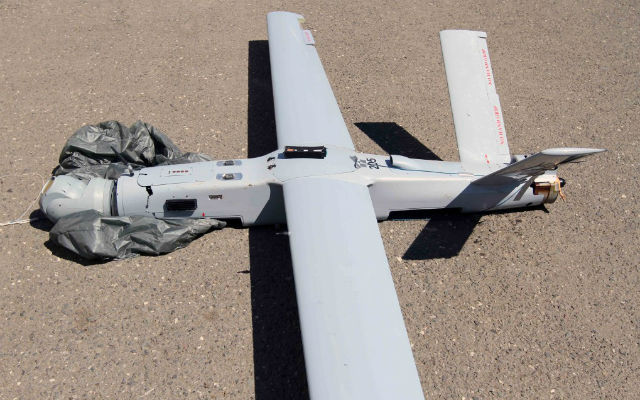 The ThunderB has a 28kg (62lb) maximum take-off weight and a 24h endurance.

It is powered by a two-stroke 2.5hp core fuel injection engine, which is enhanced with electronic systems and a muffler that reduces noise.