US approves sale of up to 26 Protector UAVs to UK

The UK is likely to acquire 26 examples of the General Atomics Aeronautical Systems Certifiable Predator B (CPB), according to a US State Department approval issued on 16 November.

While it has been known for some time that the CPB had been selected for the Royal Air Force’s Protector programme, numbers had until now been sketchy, with mention only of an order for “more than 20” examples of the unmanned air vehicle (UAV).

The US Defense Security Cooperation Agency has now approved the sale of 26 CPBs at a cost of $1 billion, which includes an initial purchase of 16 aircraft, plus options for 10 more, to replace the 10 General Atomics Block 1 Reapers that the RAF currently operates.

Additionally, 12 ground control stations could be provided – eight firm with options for four more – plus associated surveillance and communications equipment and support. 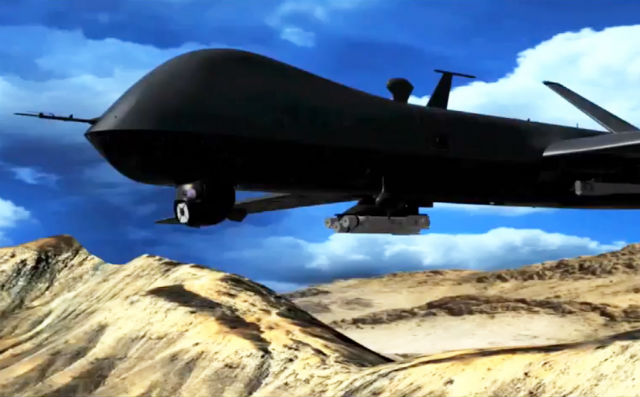 Notably, while targeting systems and weapons installation kits are included in the package, no actual weapons were authorised.

Meanwhile, General Atomics has announced that it is offering its Angel One Predator C Avenger-derived UAV for use in support of humanitarian relief efforts.

The company-owned aircraft has an internal payload drop mechanism that has been adapted to be able to deliver up to 3,850kg (8,500lb) of humanitarian daily ration (HDR) packets to 3,400 people each day.

Angel One first flew in April 2009, and has the avionics of the Reaper but a different body and tail to any of the company’s other aircraft, General Atomics tells FlightGlobal. 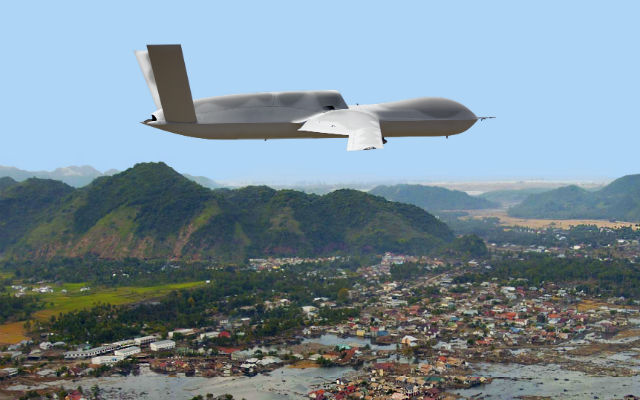 How Angel One on a humanitarian mission could look

The jet-powered aircraft can fly three missions a day in support of humanitarian relief, each lasting 3h.

“The internal payload drop bay mechanism was not specifically designed for this application, however, it could easily be used for the rapid delivery of humanitarian relief packages, and we’re excited to make it available to registered humanitarian organisations,” the company says.

“The bay mechanism is also unique because it allows for a ‘confetti drop’ of aid packages rather than the traditional ‘pallet drop’. It is a faster, more efficient way to ensure that aid is quickly received by those in need and for distributing the aid over a wider area.”

The system has been tested with a number of simulated humanitarian relief payloads, General Atomics says, but an HDR drop has not yet been evaluated.

Depending on the ground conditions, payloads can be dropped from below 1,000ft, or above man-portable air defence systems in war zones if required, General Atomics adds.