France is hoping that talks with the three other operators of the Airbus Helicopters Tiger can reach consensus on a common missile that will form the heart of an upgrade programme for the attack rotorcraft to be fielded in around 2023 – even as it embarks on a nearer-term package of modifications.

So far, the nation’s army aviation branch has received 39 examples of the early HAP variant, along with 14 newer models configured to the more capable HAD standard. A further 17 of the latter are due to arrive by the end of 2017.

Paris will shortly begin work on a two-pronged enhancement programme that will from 2017 see 36 of the early-production Tigers raised to the HAD configuration. Through this, they will gain more powerful engines and enhanced offensive capability through the integration of Lockheed Martin AGM-114 Hellfire air-to-surface/anti-tank missiles and 68mm or 70mm rockets, a laser designator and an identification, friend or foe Mode 5 transponder. This will result in the service having an eventual 67-strong fleet in the enhanced standard.

This will be followed by a further upgrade, principally to the helicopter’s avionics and communications systems, but also adding laser-guided rockets, lifting the fleet to a level the service describes as “Tiger Mk2”.

Maj Gen Olivier de la Motte, commander of French army aviation, says the budget for the Mk2 work has been allocated, and that the service hopes to field the enhancements in the 2018-2019 timeframe. 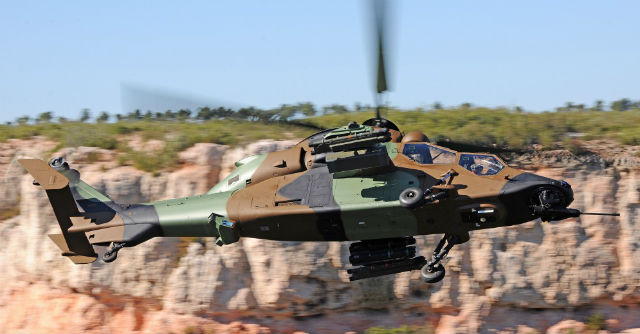 However, in the longer term France is working with other Tiger partner nations – Australia, Germany and Spain – to define the specification for a Mk3 variant. Key to this, says de la Motte, will be to agree a common anti-tank missile for the type.

Speaking at the IQPC International Military Helicopter conference in London on 18 January, de la Motte said the MK3 upgrade had been pushed out until 2023, to allow the four countries more time to reach agreement.

“We have to be sure it is ready, and we have conducted platform studies with the other nations to understand which choice we have to make,” he says. “That is the reason why we have two steps in a very short period of time.”

At present the operators use three different munitions – Australia and France favour the Hellfire, Germany the Parsys Trigat, and Spain the Rafael Spike.

Also included within the Mk3 configuration are further enhancements to the Tiger's communications suite, including a Link 16 datalink and Blue Force Tracking system.