The House Armed Services Committee (HASC) is considering a legislative provision that would allow the US Air Force to finally junk the famed Lockheed Martin F-117A Nighthawk.

The aircraft was officially retired from service in April 2008, but Congress demanded that all aircraft mothballed from 30 September 2006 onward be maintained “in a condition that would allow recall of that aircraft to future service”.

The ghost fleet is now accomodated in special climate-controlled hangars at the Tonopah Test Range at Nellis AFB, Nevada – the location dubbed Area 51. There have been dozens of reported sightings and pictures of the aircraft flying since 2008, including sightings of an aircraft being refuelled in flight. 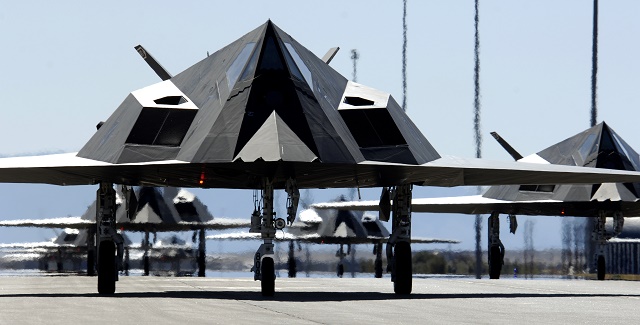 The pioneer of the US military’s stealth aircraft revolution, which owes its distinct “Hopeless Diamond” shape to its ability to scatter radar energy, first flew in 1981 but remained shrouded in secrecy until 1988, when the air force acknowledged its existence at a press conference.

Lockheed’s Skunk Works division assembled 59 Nighthawks for the Pentagon between August 1982 and July 1990, but stealth technology and adversary radar detection methods quickly moved past the F-117 and the Air Force quickly turned to newer, more low-observable types like the Lockheed F-22, Northrop Grumman B-2 and now F-35 and B-21.

Now, ten years after the F-117A provision was enacted as part of the 2007 National Defence Authorisation Act, US lawmakers appear willing to let the storied single-seat stealth jet move to the aerospace maintenance and regeneration yard in Arizona, where they’ll probably be torn apart or less likely, scavenged for hard-to-find parts.

If carried forward by the full committee today, the provision by HASC chairman Mac Thornberry would “remove the requirement that certain F-117 aircraft be maintained in a condition that would allow recall of those aircraft to future service” if approved by the full Congress. 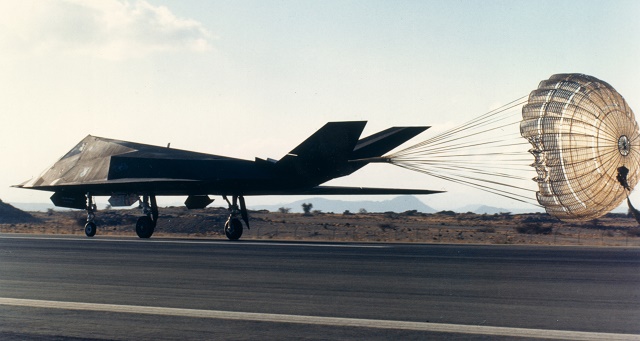 The F-117 is most noted for its involvement in Operation Desert Storm in 1991 against Saddam Hussein's forces. That was the first American-led military campaign to make comprehensive use of stealth aircraft.

The F-117 flew 1,299 sorties during that war, achieving an 80% mission success rate with no losses or significant battle damage, according to the air force. The twin General Electric F404-powered high-subsonic aircraft’s primary armaments were internally stored laser-guided Paveway bombs, of which more than 9,300 were dropped on targets in Iraq in 1991. 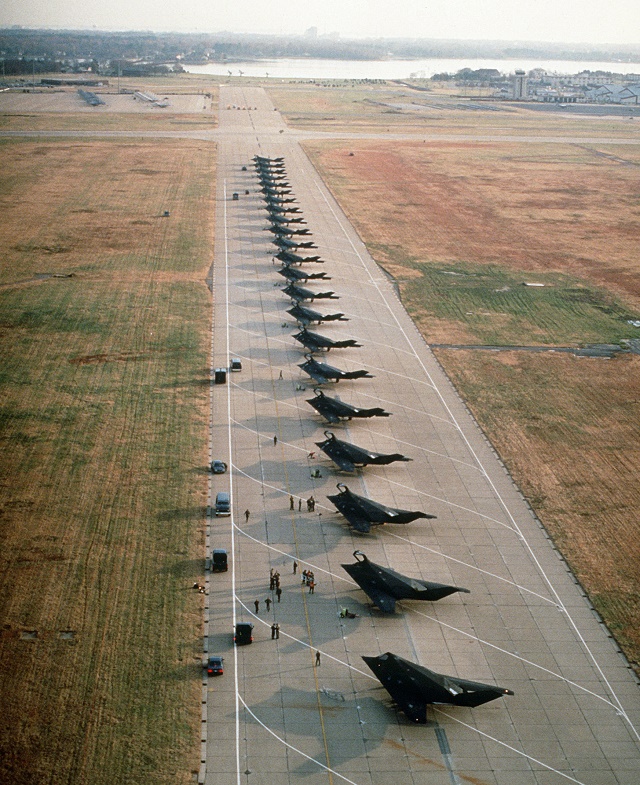