The Czech Republic looks set to continue flying the Saab Gripen C/D until at least 2026, with its government expected to sign a lease extension deal with the Swedish Defence and Security Export Agency (FXM) in April.

“The government of the Czech Republic has approved a new JAS 39 Gripen agreement,” the FXM says in a 12 March announcement. The agency has been negotiating the potential deal with the authorities in Prague “for some two years”, with its director-general Ulf Hammarström describing the activity as “a long, tough process”. 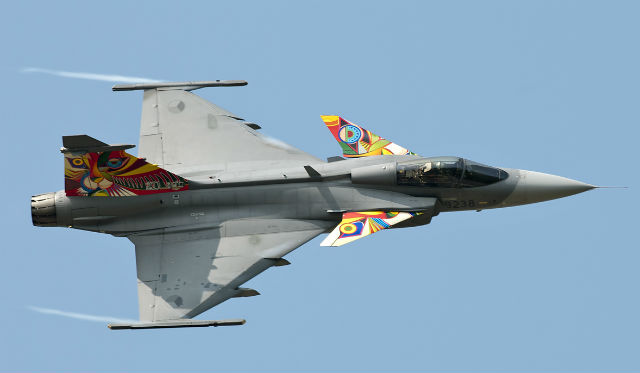 “The new agreement will mean that the Czech Republic will lease 14 Gripen C/Ds for a further 12 years. Training and upgrading of the aircraft are also included, as is all the necessary logistical and operational support needed to deploy the aircraft,” the FXM says.

Hungary in January 2012 also signed a deal to extend its 14-aircraft Gripen lease arrangement with Sweden, with its contract to expire during 2026.