Recipient of the Decade of Airline Excellence Award for the Africa region, sponsored by Eways Aviation:

Ethiopian Airlines dominated the discussion among judges when it came to the Africa award.

“I think they are the outstanding airline in Africa by far,” one judge said, reflecting wider sentiment among the panel.

Operating in an incredibly challenging region for airlines, state-owned Ethiopian evolved over the decade from a national carrier to the first true pan-African airline, based on a strategy that leveraged its hub in Addis Ababa and strategic equity investments in smaller national African operators.

Under the leadership of Tewolde Gebremariam since 2011 – the year in which the carrier also joined the Star Alliance – Ethiopian’s core strategy has been underpinned by disciplined management and a productive relationship with its government owners – the latter by no means guaranteed in a region littered with examples of disastrous state intervention in airlines. 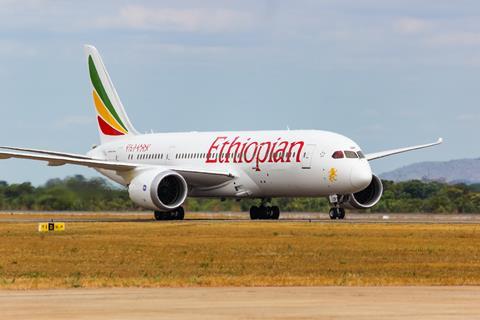 “I particularly like Ethiopian’s involvement in economic development in the country,” said a judge.

All the while it deployed a modern fleet and progressive business approaches, leading to some impressive financial returns.

It recorded an eight-fold increase in revenues and a six-fold rise in profitability over the decade.

“Their revenues have soared in what has been a particularly challenging market,” another judge remarked.

By the end of the decade, the airline commanded the lion’s share of the pan-African network, having overtaken Dubai as the biggest transfer hub for long-haul travel to Africa in 2018.

That was driven by a fleet strategy befitting a world-class long-haul airline, with Ethiopian becoming only the second global operator of the Boeing 787 in 2012, and Africa’s first Airbus A350 operator in 2016.

Among its focus markets, China has been growing in importance as the Asian country’s links with Africa have strengthened amid strong trade and investment ties.

China and other markets also drove a strong performance in the cargo sector over the decade – aided by a joint venture with logistics giant DHL. 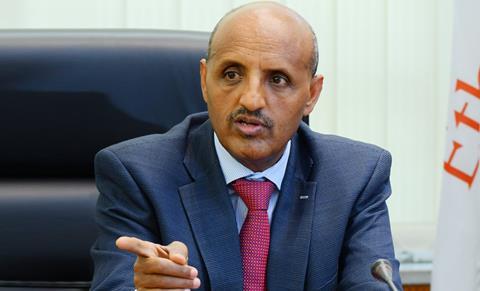 And within Africa, the carrier’s investments into other carriers have covered countries such as Chad, Cote d’Ivoire, Guinea, Malawi, Mozambique and Zambia.

Ethiopian’s corporate strength was tested to the limits with the crash of one of its Boeing 737 Max jets in March 2019 – the incident that prompted the global grounding of the type.

The airline’s maturity shone through in its response, cementing its status as a rare example of an African carrier that sits comfortably alongside the world’s top airlines.

The decade ended on a more positive note, with Ethiopian announcing plans to build a new $5 billion airport in Addis Ababa to replace its Bole International airport home, heralding a new stage in the carrier’s growth, before the coronavirus hit.

“Out of a very small market in a very difficult region, they have created an airline that can compete with some of the major carriers,” another judge concludes.

The judges also considered Royal Air Maroc, which was commended for overcoming the limitations of state ownership and tough competition in European markets to drive transformation and improvements in its business. That was achieved through a programme of fleet growth and renewal, product and customer service improvements, network development, and digitisation.

South African carrier Comair was the other nominee. Judges noted its success in carving out a successful niche in the volatile South African aviation market, most notably with its low-cost Kulula subsidiary and as a British Airways franchisee. Highly stable leadership saw it buck wider trends in the region, with an impressive run of profitability during the decade.