Aviation sector resilient in the face of computer chip shortage

Producers of everything from automobiles to consumer electronics have warned of reduced inventories and rising prices stemming from a lack of access to the vital silicon semiconductors. 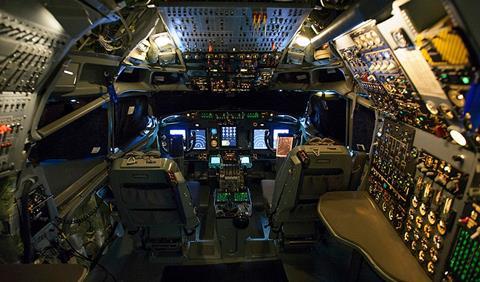 The aerospace industry, they say, is far less impacted by tight chip supply than other sectors.

Aust notes industries like automotive manufacturing and consumer electronics are especially sensitive to the international chip market due to the sheer volume of goods those sectors churn out. Nearly 11 million passenger and commercial vehicles were produced in the USA in 2019 alone, according to the US Bureau of Transportation Statistics. More than 1 billion smartphones are assembled worldwide annually.

By contrast, aircraft producers have much lower annual throughput and use designs that may be in production for decades. “In aerospace and defence, they don’t change the design of an airplane every year,” Aust notes.

The long lifespan of airframe designs creates more predictability for manufacturers, who often purchase critical inputs on long-lead contracts – which could mean they secured access to required semiconductors before the recent crunch.

In the defence-industrial world, with fixed-period contracts and limited orders, manufacturers sometimes use a lifetime-buy approach: an upfront purchase of all components required to fill entire contracts. Such a strategy affords some insulation from unexpected market shocks.

A standard passenger car, Krutz says, has upwards of 1,000 silicon chips to power multiple computers and electronic systems. But a military aircraft might use a few hundred chips, and a particular aircraft production line may only turn out a few hundred airframes over several years, Krutz says. “There’s more-limited [chip] usage, and the volumes of the aircraft are lower.”

Aerospace companies also tend to use “backwards compatible, or maybe more-common semiconductor and chips technology”, not the specialised chips used by other industries, Krutz adds.

That does not mean aerospace is in the clear. The chip shortage, coupled with geopolitical concerns about a semiconductor supply chain heavily concentrated on the increasingly-threatened island of Taiwan, has spurred action in Washington.

The administration of President Joe Biden in August pushed through a $50 billion package of industrial subsidies to boost domestic chip production.

Silcon semiconductor chips are found in nearly every modern product, from aircraft to home appliances

Known as the Chips Act, the initiative will “strengthen American manufacturing, supply chains and national security, and invest in research and development, science and technology and the workforce of the future”, the administration says.

The chip shortages comes amid recent revelations that a component in Lockheed’s F-35 advanced fighter had inadvertently been sourced from China, thrusting supply-chain-related national-security concerns into the spotlight.

Even with the subsidy package, significantly boosting the US chip output will take years. The USA, once a leader in semiconductor production, now lags far behind Asia.

Roughly 70% of the world’s chips come from Taiwan, with another 20% originating in South Korea, according to Krutz. He notes that semiconductor factories are capital-intensive and extremely technical operations.

Aust thinks the Chips Act “absolutely” will help the US supply chain in the long run, noting multiple industries will need increasing numbers of chips in the coming years. “Generally the supply base supports it,” he says.

He also notes the existing, globe-spanning aircraft and engine supply chains have inherent inefficiencies. For instance, between development to final assembly, a part might travel “from North America to Poland to North America and then to France”.

Also, as labour costs have risen in historically low-cost regions like Southeast Asia, the advantage of anchoring supply chains in such places has narrowed.

Coupled with greater “production efficiencies” from highly-automated Western factories, making more components at home will be increasingly appealing, Aust says. “The current cost and production efficiencies have really allowed for domestic production to regain across all areas of the supply chain… We’ve seen strong movement back to domestic suppliers.”

Washington does not appear content with merely increasing domestic chip supply, with US regulators recently moving to block China’s access to the vital components.

In October, the US Commerce Department introduced rules aimed at preventing Beijing from purchasing semiconductors that could be used for military purposes – not only those used in traditional applications such as aircraft and precision weaponry, but also those used for artificial intelligence systems and supercomputing.

Among the restrictions, US companies now require a special export license to ship advanced semiconductors, machinery and parts used to produce chips to China.

Foreign-registered firms are also subject to the restrictions if they use of American components or software in the production of chips.