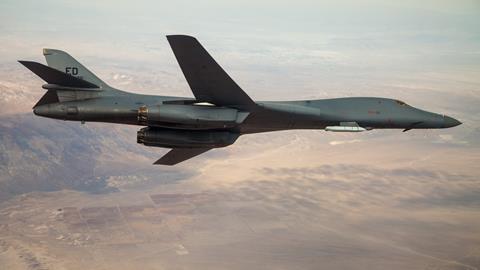 A Boeing B-1B has performed a captive carry test that could pave the way for the swing-wing type to carry hypersonic missiles externally. 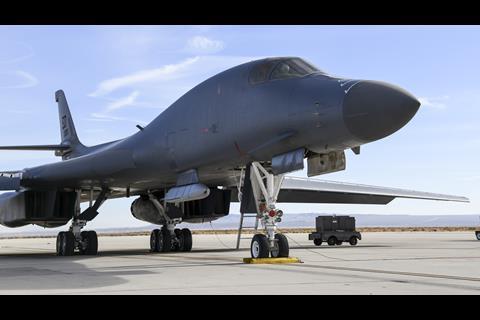 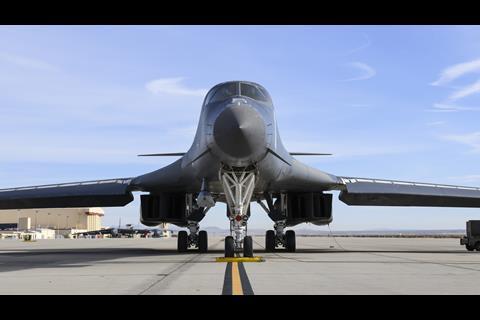 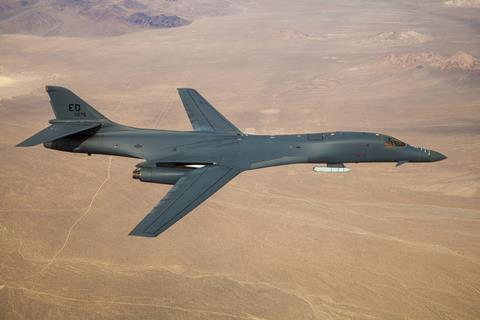 A B-1B Lancer with a Joint Air-to-Surface Standoff Missile (JASSM) flies in the skies above Edwards Air Force Base, California, Nov. 20. The flight was a demonstration of the B-1B’s external weapons carriage capabilities 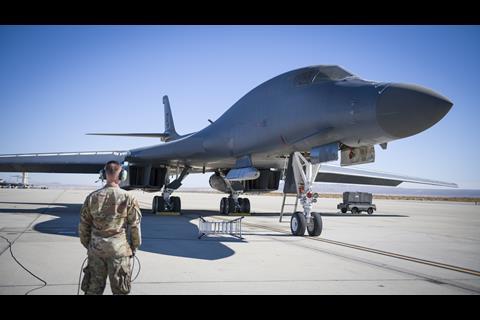 “Adapting a small number of our healthiest B-1s to carry hypersonic weapons is vital to bridge between the bomber force we have today, to the force of tomorrow,” say General Tim Ray, head of USAF Global Strike Command.

“This is a major step forward in our global precision fires capability and it is important we pursue these technologies to remain ahead of our competitors. My goal is to have a limited number of B-1s modified to become the roving linebacker of the western Pacific and the North Atlantic.”

The JASSM was carried on the aircraft’s forward, right-hand hardpoint, which normally carries a targeting pod, and lays the ground work for new weapons to potentially be integrated with the type.

Engineers from both Boeing and the Air Force Test Center are involved in the project, which will see the aircraft release a weapon from an external hardpoint for the first time in over 30 years. Also being assessed is how the new shape affects the aircraft’s flying qualities.

In recent years the USAF has put an emphasis on hypersonic weapons, which will be able to rapidly destroy high-value targets at extreme ranges. Russia and China are also actively developing and testing their own hypersonic weapons.

In August, the USAF completed its final captive-carry test of the AGM-183A Air-launched Rapid Response Weapon (ARRW) under a Boeing B-52’s wing. The service has said it wants ARRW to achieve initial operational capability by fiscal year 2022. Lockheed is the prime contractor developing the missile.