A new report from the China Aerospace Studies Institute (CASI) has outlined a number of initiatives the PLAAF has taken to improve how it prepares young pilots for joining operational squadrons. Authored by CASI analyst Derek Solen, the report also lists several previous shortcomings in initial fighter pilot training. 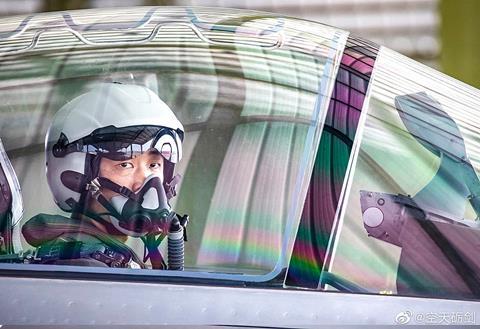 A PLAAF pilot in the cockpit of a J-20. Training has been revamped to better prepare pilots for advanced types

Previously, instructors had little or no operational experience, and focused primarily on safety and route learning at the expense of initiative and realism. Training sorties were generally only undertaken on clear, sunny days. During night training, air bases would be brightly lit by flood lights, ensuring young pilots could return to base.

The entire programme was also long, taking up to 10 years to produce a fresh pilot.

Another issue was training aircraft, specifically that the types in use failed to prepare pilots for fourth-generation aircraft such as the Chengdu J-10, Shenyang J-11, and the fifth-generation Chengdu J-20. Training relied mainly on the Hongdu JL-8 and JJ-7 – a two-seat version of the J-7, a copy of the Mikoyan MiG-21. While the JJ-9 improved on the JJ-7, it also relies on mechanical flight controls.

“Unlike the JL-8, the JJ-7 is capable of supersonic flight, but its analogue flight instruments, its mechanical flight controls, and, reportedly, its short range and poor controllability, made it unsuitable for training pilots who would operate aircraft in the PLAAF’s growing fleet of fourth-generation fighters,” writes CASI.

In the ensuing decade, however, the PLAAF has broadly restructured initial fighter pilot training. Its key objectives were recast as making training relevant to operations, improving effectiveness, ensuring a reasonable degree of safety, and improving pilots’ independence.

“The flight academies no longer lay out ground markers directing pilot candidates to the targets, and pilot candidates conduct sorties in three-ship formations, practising avoiding enemy radar by flying to and from the training range at [323ft] above ground level,” writes CASI.

Moreover, the advent of the supersonic JL-10 advanced jet trainer marks a major improvement, given that its fly-by-wire system better prepares pilots for fourth- and fifth-generation combat aircraft.

“As of 2021, the PLAAF has largely resolved the problems that hindered its initial fighter pilot training programme at the beginning of the decade,” concludes the report.

“And although the effects of the changes that the PLAAF has made to the content of the training programme are unlikely to be manifest until a similar point in time, the PLAAF is poised to produce pilots who are much better prepared to conduct real-world missions as soon as they undertake their first assignments, and it is poised to do so at a higher rate than ever before.”