Biden curtails US investment in AVIC, other aerospace players

US President Joe Biden has issued an executive order that bars US securities investment in 57 Chinese companies with defence ties, with airframer AVIC featuring prominently on the list.

The objective is to “ensure that US investments are not supporting Chinese companies that undermine the security or values of the United States and our allies,” according to a fact sheet that accompanied the executive order. 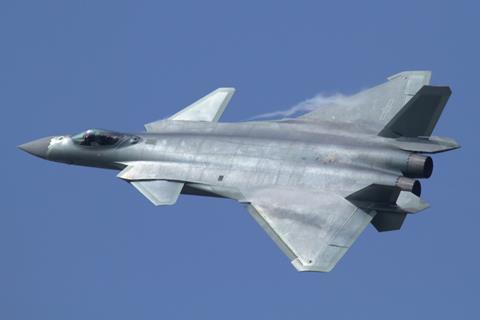 The Chengdu J-20 during its public debut at Airshow China in Zhuhai, November 2016

The full list encompasses a range of companies, from tech firms to major Chinese aerospace players. The restrictions will be enforced by the US Treasury Department, in consultation with the State and Defense departments.

Key aerospace players in the list include the Aero Engine Corporation of China, several AVIC units, and companies involved with space.

While individual shareholdings of these firms by US investors is likely limited, several of the companies are constituents in stock market indexes such as the FTSE Emerging Market Index and MSCI Emerging Market Index. Investment groups such as Vanguard and Blackrock rely on such indexes to allocate investor funds.

Separately, the US Department of Defense (DoD) published a similar list of Chinese military companies operating in the USA, as it was required to do under the Defense Authorization Act for the 2021 fiscal year.

“The Department is determined to highlight and counter the People’s Republic of China’s Military-Civil Fusion development strategy, which supports the modernization goals of the People’s Liberation Army by ensuring its access to advanced technologies and expertise acquired and developed by even those PRC companies, universities, and research programs that appear to be civilian entities,” said the DoD.

In December 2020, the US government issued a Military End User (MEU) list that covers a broad swathe of the Chinese and Russian Aerospace sectors. This amended the Export Administration Regulations that control the export of sensitive technologies.

AVIC units involved in developing aircraft engines were listed, including the commercial arm of the Aero Engine Corporation of China (AECC), which is developing the indigenous CJ-1000A powerplant for the Comac C919 narrowbody. AECC and its various units are leading China’s development of military engines.

Initially Comac, which is developing the C919 and CR929 airliners, was not listed, but it was subsequently added in January 2021.